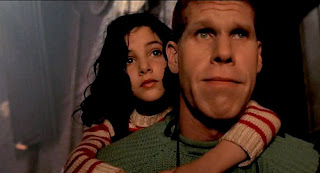 In the Spring of 2012, as Brad and I were still riding high on 2011’s great movies, we got all mushy, and put together our lists of all time favorite films.  Of course there were classics like Jaws and Commando, but there were also some odd choices.  What do you expect from two Dorks like us, who hope with shivering anticipation that the Saw franchise comes back (Saw X needs to be in SPACE!!!) and that there will be a Crank Meets Transporter prequel set in the Wild West? 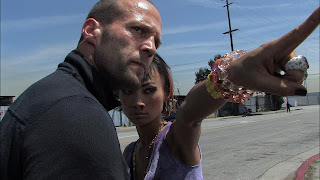 Anyway, Brad got to thinking we should do another list, but this time doing our next round of favorites.   Our 11-20.  Cool.  I like making lists (like Liam Neeson).  If you’re so inclined, take a look back at my top 10 films, and here are my next ten favorites:

20.  Howard the Duck:  This movie takes all kinds of guff from every which way (including loose).  But, as I’ve said before, F the haters.  I absolutely love this film.  Lea Thompson is adorable, Howard balances charm and snark.  And I just love the whole look and feel of the film.  You can’t watch it with even an ounce of cynicism.  I know people hate it.  And I don’t think I can come up with an argument for the film that equates to much more than “Oh, come on! It’s awesome, man.”  Because it is. 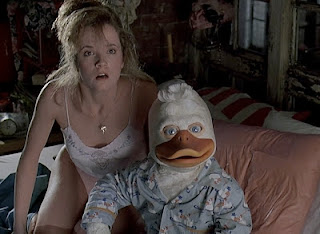 19.  Forbidden Planet:  What was happening in science fiction literature for decades finally got screentime in this classic science fiction retelling of The Tempest that would pave the way for galaxy adventures like Star Trek and Star Wars.  Postulating a future where it wasn’t just about getting to space, and maybe, just maybe landing on another planet, Forbidden Planet takes us to a time when Humanity has reached out to the stars and established an interstellar civilization.  Amazing special effects, crazy experimental music, and great characters.  A watershed moment in science fiction cinema.

18.  The City of Lost Children:  Jean-Pierre Jeunet and Marc Caro raided my dreams and came up with this amazing visual feast of chronologically untethered retro-fantasy.  A circus strongman and an orphan thief search the tumbling labyrinth of girders and rust that makes up the city, looking for a young boy who just wants a snack…well, all the snacks.  Along the way, they meet and battle an impressive cast of strange and deviant folk.  Religious zealots, clones, brains in fish tanks, and the Octopus.  It’s beautiful and strange, and it’s wonderful. 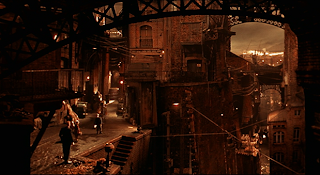 17.  The Thing:  It’s hard not to just gush about this movie.  Almost as hard as it was for the thing not to gush out of that Petri dish when exposed to heat.  It may be a ‘perfect film.’  Not only is it intensely unnerving, beautifully shot, and bloody intense.  But it also has great music, excellent effects, and a crackerjack script.  It does what too few horror movies do, and makes a large cast of interesting and endearing characters I find myself caring for.  When one is hurt or dies or turns into a giant mouth that bites someone’s arms off, I’m bummed out.  When that one guy is a little upset that he has had to go through a major ordeal while TIED TO THAT F*&#ING COUCH, it’s funny in a sad sort of way.  And then there’s the ending.

16.  Metropolis:  When all I had seen was the hacked up, 90ish minute version of this film, it was one of my favorites.  Now that I’ve seen the complete (99.9%) version, it’s so much more.  The story transcends time, the set design is gorgeous, and world created remains a tremendous achievement.  The head and the hand must work together. 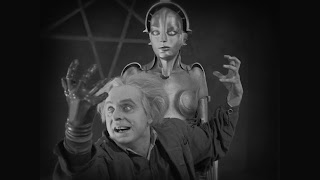 15.  Streets of Fire:  The 80s and the 50s come together in a rock fueled fantasy world of the city and the streets.  Back from The War, a young man comes to the aid of his sister.  It seems his old flame, a messianic rocker-girl, has been kidnapped by the demonic leader of a motorcycle gang.  Assembling a crew, he has to go into hell to bring her back.  The movie is so 80s you need to wear legwarmers while watching it (that’s a law), and like a lot of movies I love, you have to check your cynicism at the door.  As it says at the beginning, it’s a Rock & Role Fable.  Plus, it’s got the best hammer fight ever. 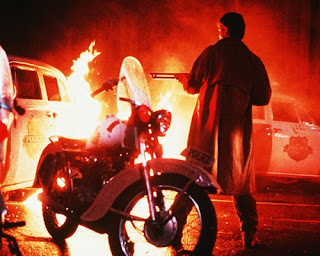 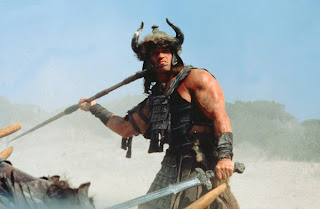 13.  Touch of Evil:  Citizen Kane really is a great film.  I do not begrudge its place on many ‘best movie ever’ lists.  But my favorite Orson Welles film is still Touch of Evil.  Heston is great, Welles is disgusting.  The women are fascinating.  The hoodlums are horrible.  Dennis Weaver is shooting his Norman Bates all over the place.  There’s that tremendous single-take scene that opens the film.  So good. 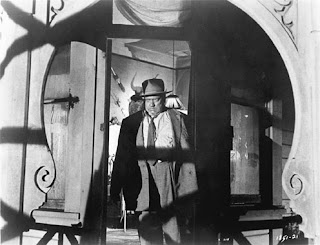 12.  Lost Highway:  “Who the hell owns that dog, anyway?”  This is my David Lynch.  It was the first Lynch film I saw on the big screen.  It led me to read Barry Gifford.  The soundtrack is amazing.  It has one great scene after another, one quotable line after another.  And it’s seriously weird.  Years later, I still can’t tell you quite what it’s about, or quite what happened.  You want me to draw a timeline?  Timespiral?  I got nothing.

11.  Logan’s Run:  “You don’t have to die.  You can LIVE!”  Utopia is running down, the system is less than perfect.  But for a society of pretty young things, everything seems A-OK.  Except for those few who donn’t want to ‘renew,’ who want to ask questions.  What starts as an undercover mystery turns into an odyssey.  I love every moment of this film, except for the awful Farrah Fawcett, who has never been worse.  The film has a magic so many are lacking.  Something more than the sum of its parts. 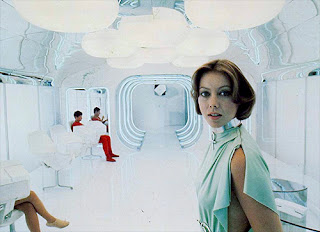 Posted by In The Mouth Of Dorkness at 5:43 AM