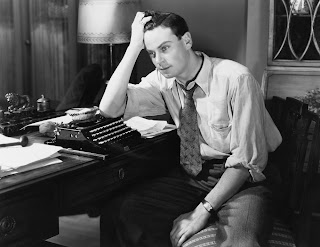 In the first part of my retrospective on exhibiting at this year’s Baltimore Comic-con, I went on about the fan-service aspect of the show.  The creators I finally got to meet, the books I got signed, the enjoyment I got from attending a “big” comic show for the first time in a number of years.  And it was a great time, on that front.  But how was the “professional” side of the convention?

Sales were soft, which is really downplaying how tepid our sales were.  And I saw a similar thing – a cone of silence expanding in a five-foot arc around the front of an exhibitor’s table – in a lot of areas of Artists Alley.  Which is not to say there weren’t some creators who did well here, especially the artists (with prints of zombies or Dr. Who, please, judging by the attendees).  We had high hopes for this show, and, admittedly, it was disappointing on the sales front.  It certainly seems our audience is at the Small Press Expo, which is usually held the weekend after Baltimore Comic-con just down the road in Bethesda, Maryland.  That said, this was a pretty great convention for me, as an aspiring writer.

Early on the first day, Chris Staros (one of the head honchos or Top Shelf Publishing) was walking through Artists Alley.  Recognizing me, he stopped to talk for a few minutes, commenting on the wealth of books we had on offer and asking specifically about the collections we had.  We discussed rejection letters and publishing and how the perception and the reality of both creating and publishing are very similar.  Staros is intelligent, frank, and overly generous with his time, and I’ve been having conversations like this with him since before Dan and I started writing seriously.  But since then, we’ve also been sharing our work with Staros, offering copies of our new works when we go to conventions and discussing what works and what doesn’t within our growing body of work.  Staros has seen us at these shows, has seen our growth as creators and is aware of our inability to give up on this “crazy dream.”  By continuing to create new stories, by setting up at these shows, by having these conversations with Staros in person and through email, we’ve fostered a relationship with him that may pay dividends down the road.  He knows we’re serious; he knows who we are; and I know that if I ever had a proposal I believed fit with the Top Shelf brand, Chris Staros would give it serious consideration. 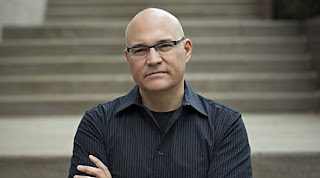 That wouldn’t have happened if we’d given up after our first, disastrous time exhibiting.

Later on Saturday, another, smaller publisher (forgive me for being coy, but I am superstitious, to a point) came strolling through Artists Alley, right in front of my table.  I recognized him and called him over.  Turns our, he was walking this aisle because he knew I was set up in the area.  We’ve gotten to know one another through common online forums, as well as through setting up at smaller conventions these past few years.  I love what his new company is doing, as far as their publishing line, and he is another person with whom I’ve shared my newer stories whenever we were at the same convention.  We talked comics for a bit (at least at a comic convention you don’t need to come up with a pithy ice-breaker; we’re all there for the same thing), and then he third-eyed me (that’s how the kids put it nowadays, yeah?).  Looking to the future, he wondered if I’d be interested in talking with him about possibly working with his publishing company on a new venture they’re hoping to put forth toward the end of 2014 or into 2015, depending, as always, on how well the current scheduling stays on track.  Hell, yeah!  That conversation, right there, made my day.

This conversation and opportunity (one that doesn’t mean I will be working with them, but does mean I will have the opportunity to share my story ideas and maybe see something get published through them) was only possible because, again, I have continued to write – growing as a creator, as a result of this – and continued to get my stories drawn and fostered a relationship with this man.  Never would’ve happened if we’d given up after that first time in 2005.

So, after Saturday I was feeling pretty good.  Sunday only improved on that.  Joe Hill was going to be signing at the IDW booth that day, and I wanted to get a chance to speak with him for a minute.  When I went over to inquire about the logistics of the signing, I recognized the guy running the booth as someone who’d worked for Dark Horse when Dan and I exhibited at Chicago in 2005; he’d been the one handing out tickets for the Frank Miller signing that year.  So I asked him if he had worked for Dark Horse and then we chatted for a quick bit.  I mentioned that we were tabling as well and he told me to bring some of my work by to show him.  Not a fool, I made sure to get copies of both my give-away books for the Joe Hill line.  And after meeting Hill and speaking with him, I went back around and handed my books to the guy at the booth, who is the VP of marketing for IDW.  He thanked me and asked if I had his card.  No.  So he handed me his business card and told me to send along some digital copies so he could share them with the editorial staff.  Bam!  This, coupled with the Joe Hill signing (which is a great story but not pertinent to this “professional-centric” piece), had me feeling pretty damn good for a couple of hours.  Obviously, this doesn’t mean my epic graphic novel will be coming out from IDW in time for Christmas, nor does it mean I’m ever going to be published by IDW.  But my work will get a look from the editorial staff. 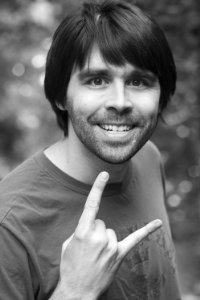 And – I obviously cannot stress this enough – this opportunity would never have come about if I didn’t have a body of work to share with editors and publishers.  If Dan and I hadn’t been working toward exhibiting at a new show every year, I wouldn’t have been trying to produce new work and new stories.  I would never have gotten to the point I am now, where I am unable to not write.  It took a few years, but it has become a habit, something I really can’t live without because when I got a few days without writing, I become irritable and anxious.  It’s part of me, and I can see how far I’ve come since 2005, while realizing how far I still have to go.  But doors are opening, just a little.  And I need to be ready to take that step through.  Without having exhibited, without having written or created, without having gotten stories published (a result of those previous facts in this long statement), I wouldn’t be able to create these opportunities.  You have to do the work in order to improve, and you have to do the work in order to make your own luck.

Now, the question becomes where to put my focus.  I know that SPX is the show where our audience is, and it’s the show where we have the most success sales-wise, and it is a show I love.  But there are very few publishers there, as compared to a show like Baltimore.  And with the reality that Dan and I can only do one show a year, along with where my life is at this point, being a “publisher” is not something we can pursue, and, truth be told, not something I want to pursue.  I want to find a publisher willing to get my stories into readers’ hands.  But do we get a table again, especially with Baltimore going to a three-day show?  Or do we choose to merely go as attendees and walk around with our books to share, as we see fit?  I’m not sure.  At least I’ve got some time to think about it. 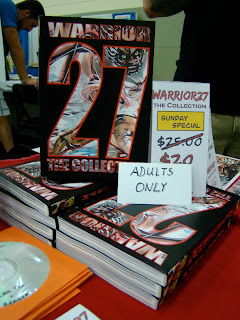 Meanwhile, I’ll be writing – working toward creating more opportunities for myself.  It’s what I do.

(As always, you can read more from Chris at Warrior 27)
Posted by In The Mouth Of Dorkness at 3:48 PM