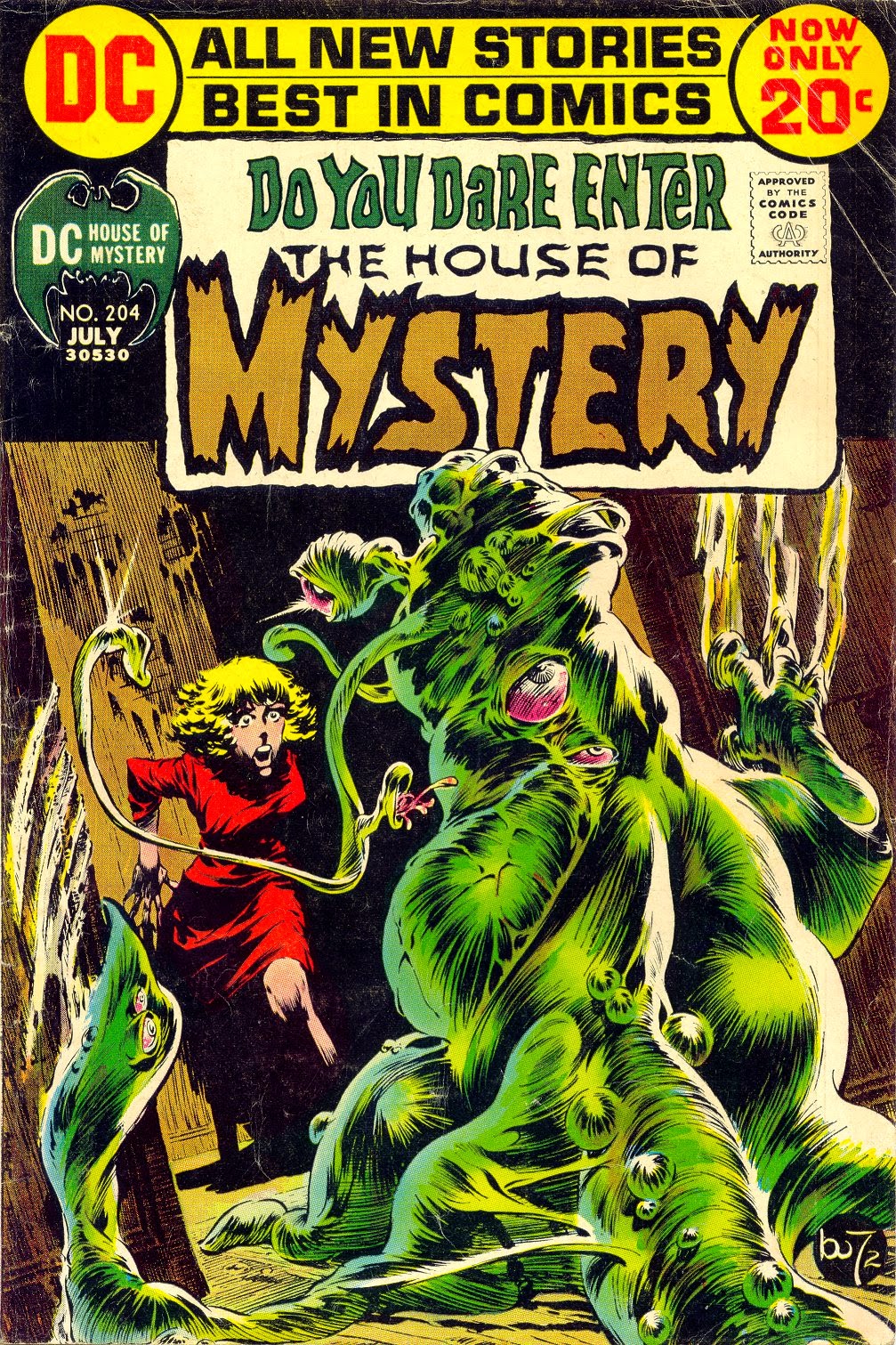 -Matt
Posted by In The Mouth Of Dorkness at 3:43 PM No comments:

Dork At: No Strings On Me 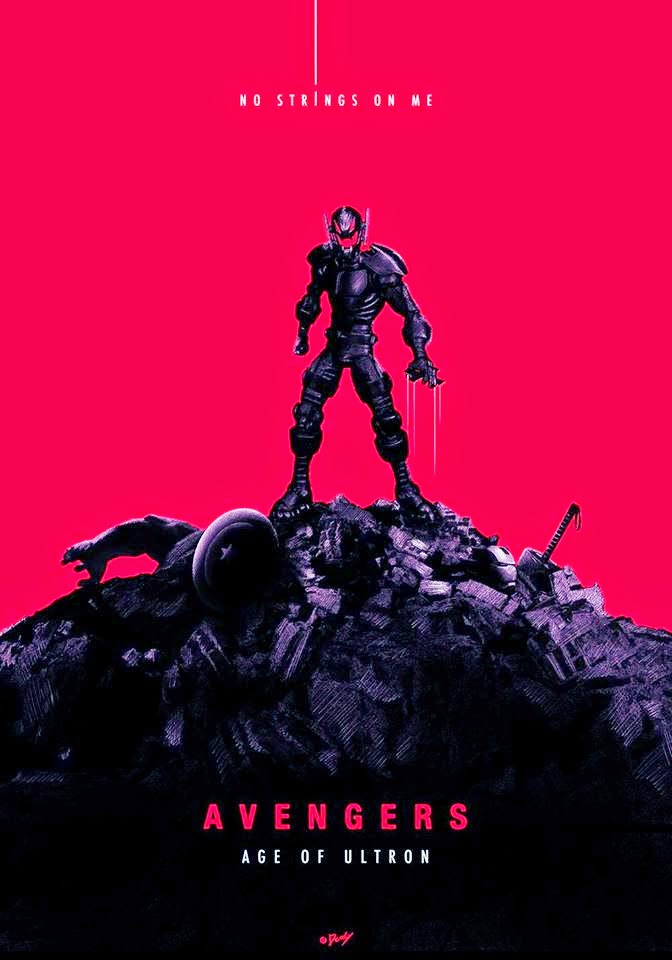 Just a few hours after the Age of Ultron trailer hits, the fan art flood began.  Glad to see folks getting pumped for the big bad James Spader & the Pinocchio remix.  "No Strings on Me" makes for an excellent meme or hashtag.  Bring your best fanboys & girls.  We've featured deviant artist Doaly before, but this is my favorite piece I've seen from him so far. 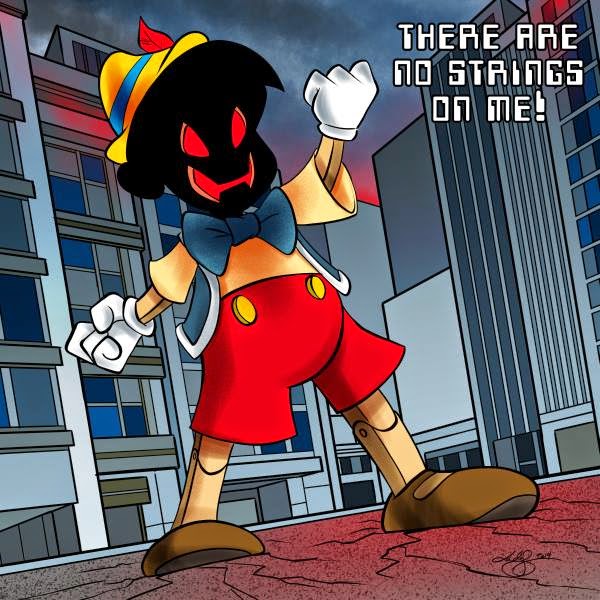 Posted by In The Mouth Of Dorkness at 8:35 AM No comments:

"I'm Going To Show You Something Beautiful..." Age of Ultron Trailer Wins The Internet! 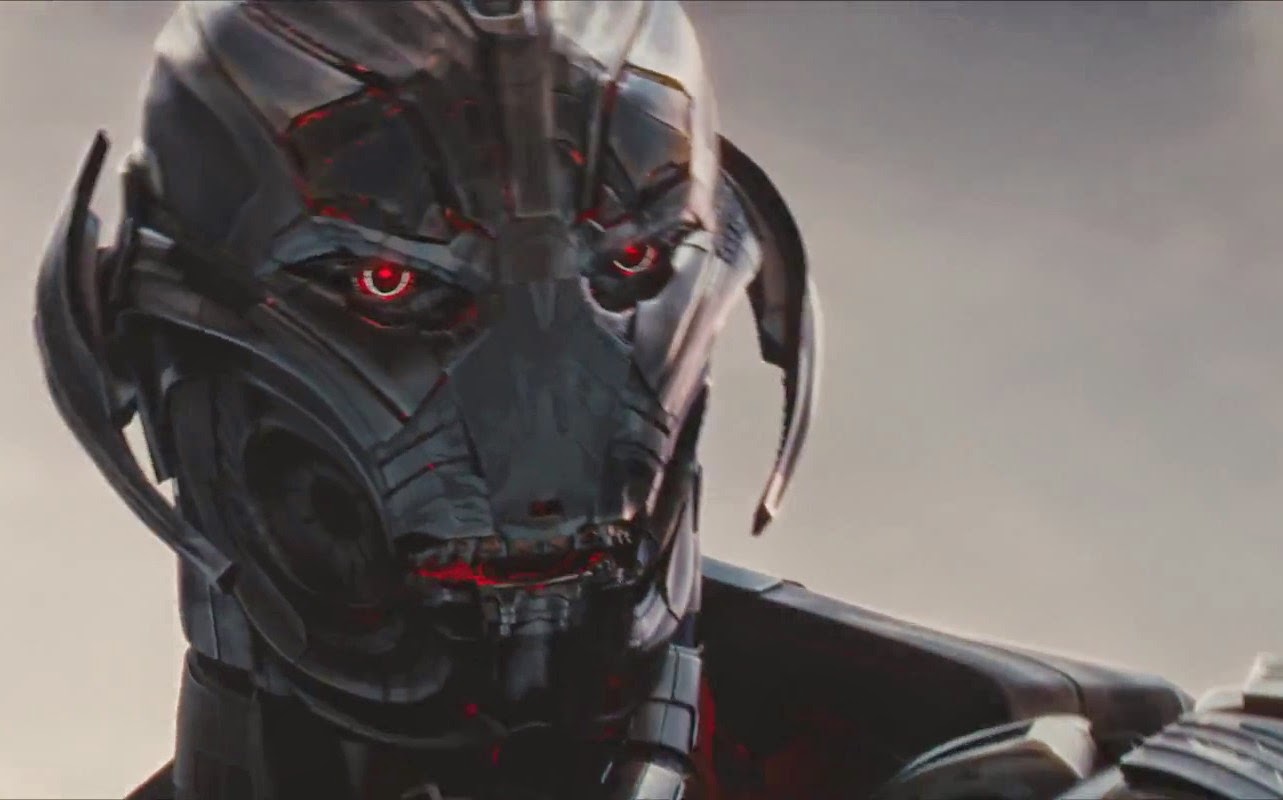 Yowza.  The troubling thing about working nights, is that sometimes you come home after a long day, and some bit of movie news has just absolutely devastated the internet in your absence (something that's been happening more often than not around ITMOD lately, sorry folks).  Yesterday, that news was the Age of Ultron trailer.  James Spader's gargley robotic voice promises early on "something beautiful" and Joss Whedon certainly delivers the goods.  Most of the trailer is what we saw at this year's San Diego Comic Con (minus a jovial cocktail party sequence, but Marvel doesn't want to confuse the Empire Strikes Back All-Shit-About-To-Break-Loose doom & gloom of the Ultron plot).  Still, now we can watch it over and over and over again and drool and drool and drool.

HULKBUSTER!  Yes.  We know internet, it is the coolest.  Just another geek miracle Marvel has been blessing fanboys since 2008.  But as much as I love seeing these two titans go at it in Wakanda (rumor mill!), the trailer wins my soul with James Spader's vocal talents - AND! not just because we're crazed Boston Legal fans around these parts.  The Evolution of Ultron from Iron Legion drone to genocidal world conqueror will finally deliver upon the Marvel Cinematic Universe a screen villain worthy of our fear.  I love Loki as much as the next tumblr addict, but he's more putz than terror, and the other bad guy stand-ins have mostly been one dimensional bores.  Ultron here is going to tear The Avengers apart.  Just look at poor cowering Bruce Banner, or that beautiful wide shot of the team separated aboard the quinjet.  Avengers 2 is not going to leave our heroes all buddy-buddy.  Captain America 3 - Civil War is coming after all.  When I left the theater in 2012, The Avengers gave me a giddy buzz of joy.  I imagine when I exit from Age of Ultron that buzz will still be there, but it's going to be birthed from a tremendous emotional bummer.  Not so much of a prediction here, but Avengers 2 is gonna make ya hurt, and there will be very little fist pumping glee from the audience...except for those masochists out there.  Here's hoping (always dangerous in the fan community, stop predicting/anticipating your desires and just enjoy the movies Brad!) that Avengers 3 will see the team come back together in a crowd pleasing Guardians of the Galaxy mashup against Thanos & his Infinity Gauntlet.  Marvel will mic-drop and bow out of the movie making business for good.  Ha. 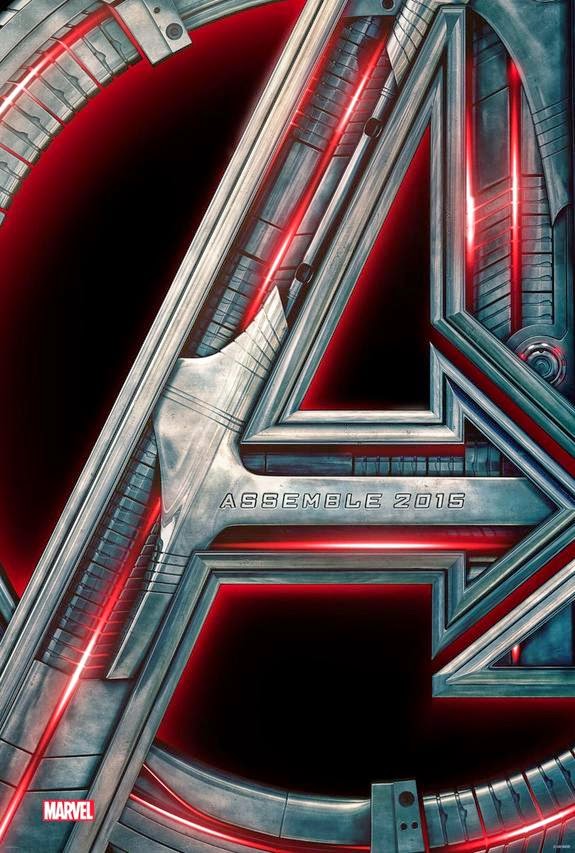 --Brad
Posted by In The Mouth Of Dorkness at 7:11 AM No comments:

Brad and I have been extremely busy the last few weeks (and I've injured my hand).  But rest assured, we have not forgotten you, our loyal readers.  We'll be back soon with more timely and world changing bits of Dork Life. 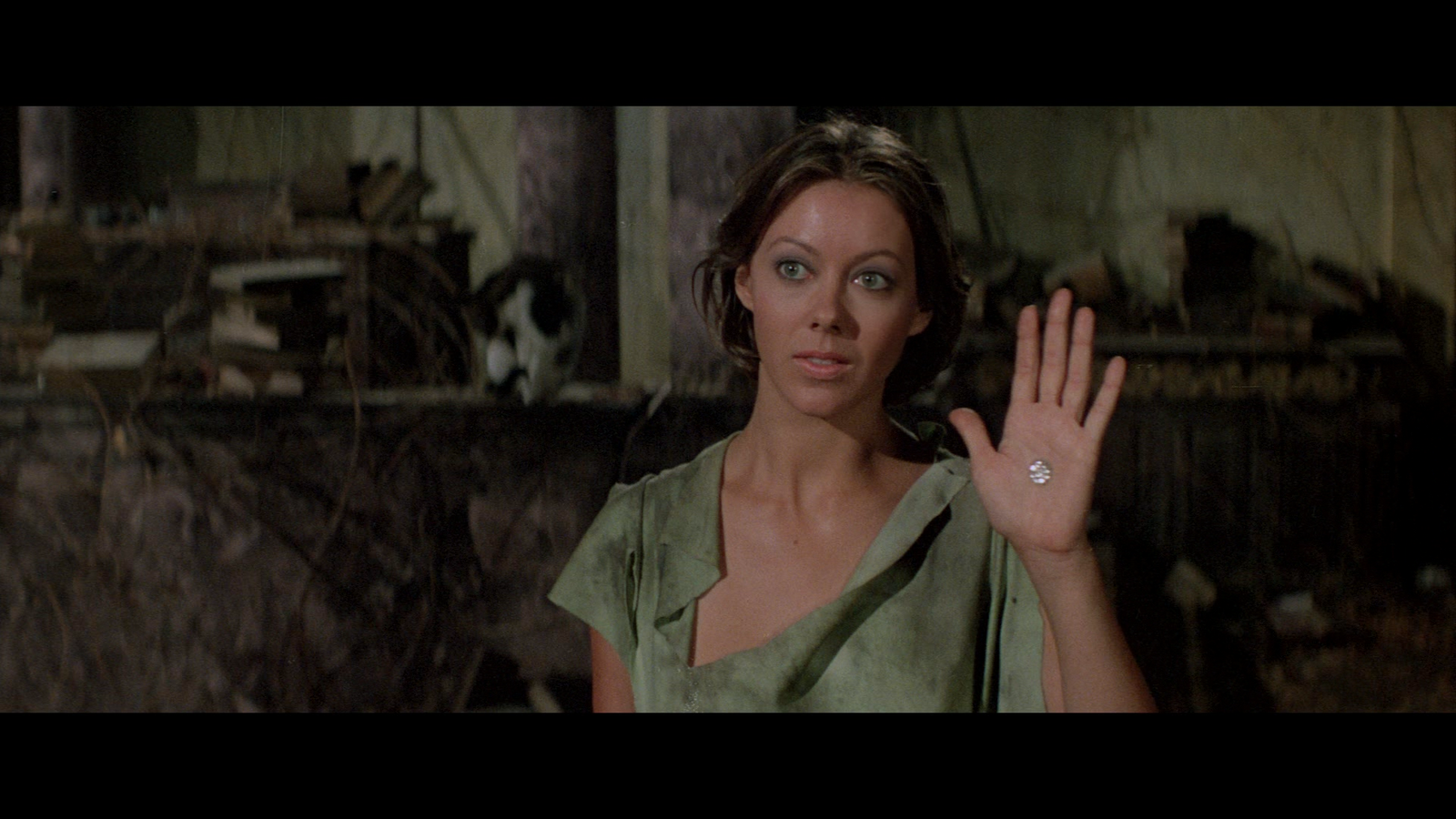 -Matt
Posted by In The Mouth Of Dorkness at 1:10 PM No comments: 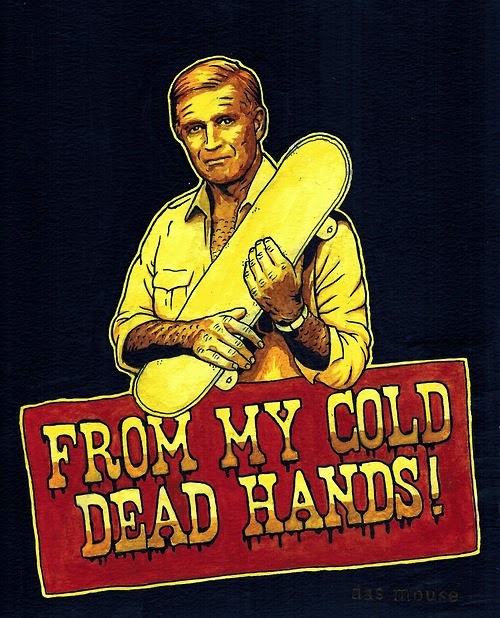 In spite of a couple gaps in the Dork Life, this was a fine week, made all the better by HestFest 2014, the annual celebration of Charlton Heston.  Along with a couple visits to The Alamo for some classic cinema, it made for a solid week. 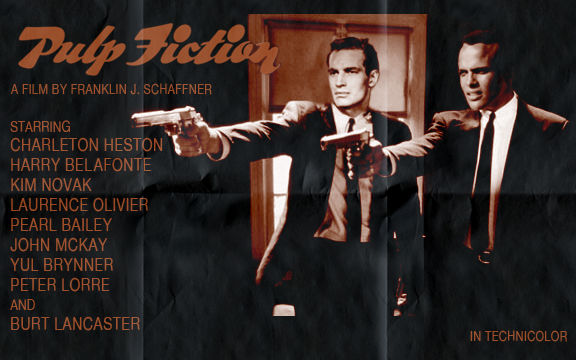 Robocop:  “Guns, guns, guns!”  Awesome Cyberpunk, ultra 80s, super-violent, subversive as heck, and just a heck of a lot of fun.  The script is tight, the performances are tip-top.  Kurtwood Smith is especially good as the gang leader in the pocket of an evil exec.  He’s clearly having all kinds of fun, reveling in sneering line-reading.  A must see.

I tried out the recent (turns out, already canceled) Crossbones.  It wasn’t good enough to care, or bad enough to entertain.  I won’t be bothering to watch on, and not even because I know it ends prematurely. 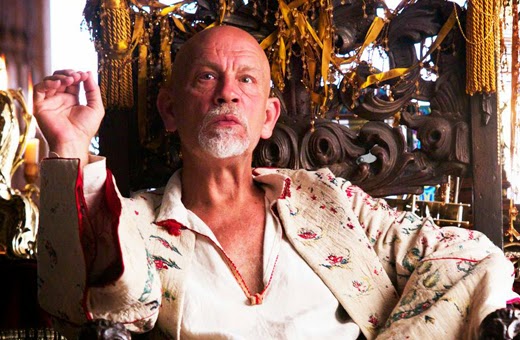 Johnny Guitar:  “Down there I sell whiskey and cards.  All you can buy up these stairs is a bullet in the head.”  Not at all the Western you think you’re gonna get.  A lot of the usual elements are all introduced, but where things go is less than usual.  With Noir styled, ‘hard boiled’ dialog, unexpected turns, and all kinds of hate poring out of the screen, it’s one to seek out. 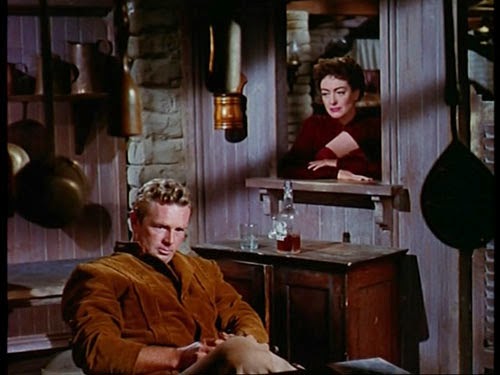 On Friday night, Ben came over for the beginning, the preamble if you will, of HestFest.  It was a more low-key evening and a good start to the weekend.

Two-Minute Warning:  Charlton Heston and John Cassavetes have to stop a sniper at the Super Bowl.  It’s paced and written like a typical disaster film from the time, with several random characters coming together while something bad looms.  While not a classic, it’s good.

Planet of the Apes:  One of the greats.  My eighth favorite, in fact.  This movie has so much going on, it takes multiple viewings to pick up on a lot of it.  Of course some of it is pretty obvious, but some not as much.  One of these days I’ll do a more scholarly (ha!), extended review.  But if you haven’t seen it, it’s a classic for a reason.  Planet of the Apes transcends genre, and like the best fiction, it tells some serious truth. 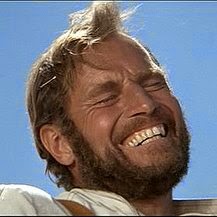 Saturday morning, I started up my annual journey into madness,  the real deal, HestFest.  I’m not sure exactly how long I’ve been doing this.  It’s been a long time.  I think it started back in or around 1999, so I’m starting to think of it as the 15th anniversary.  But it might have been earlier.  Over the years, it’s varied in success, but it’s always been fun.  More recently, since briefly rooming with co-Dork Brad a few years ago, it’s become a more ‘serious’ endeavor.  No longer just a couple friends, a bag of chips, and a bottle of soda while we sit down to two or three Heston favorites.  No, now it’s a day long (plus) party with themed foods, gifts, a raffle, etc.  A madhouse.  A MAD HOUSE! 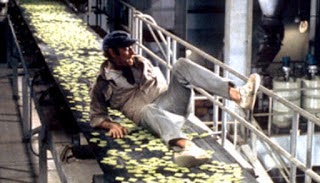 Charlton Heston Presents Genesis:  This was much better than I anticipated.  Heston talks generally about the Bible, then reads various excerpts of the Book of Genesis.  He wanders around the Holy Land, walking the area in which the book is set.  The film serves as a reminder that only a short time ago, civil discussion about religion didn’t seem so alien. 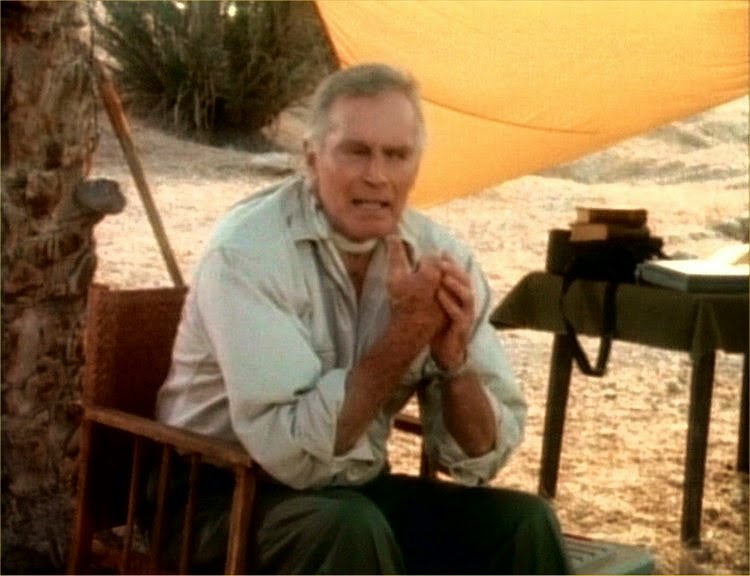 The Greatest Story Ever Told:  If this movie was half as long, and had 90% less sanctimonious mic dropping from Jesus, this would be a pretty cool fantasy film.  That they used the American West as a backdrop lends a sort of surreal vibe to the familiar story.  And Charlton Heston’s caveman preacher, John the Baptist is wildly wonderful.  There are some great scenes, to be sure.  But the film is well over three hours long, and by the time Heston exits, it starts to feel like the post-chariot race Ben Hur.  And the fact of the matter is, in this film, Jesus is absolutely insufferable.  I love Max Van Sydow, but he makes you want to kick his teeth in with his cloying, condescending self-righteousness. 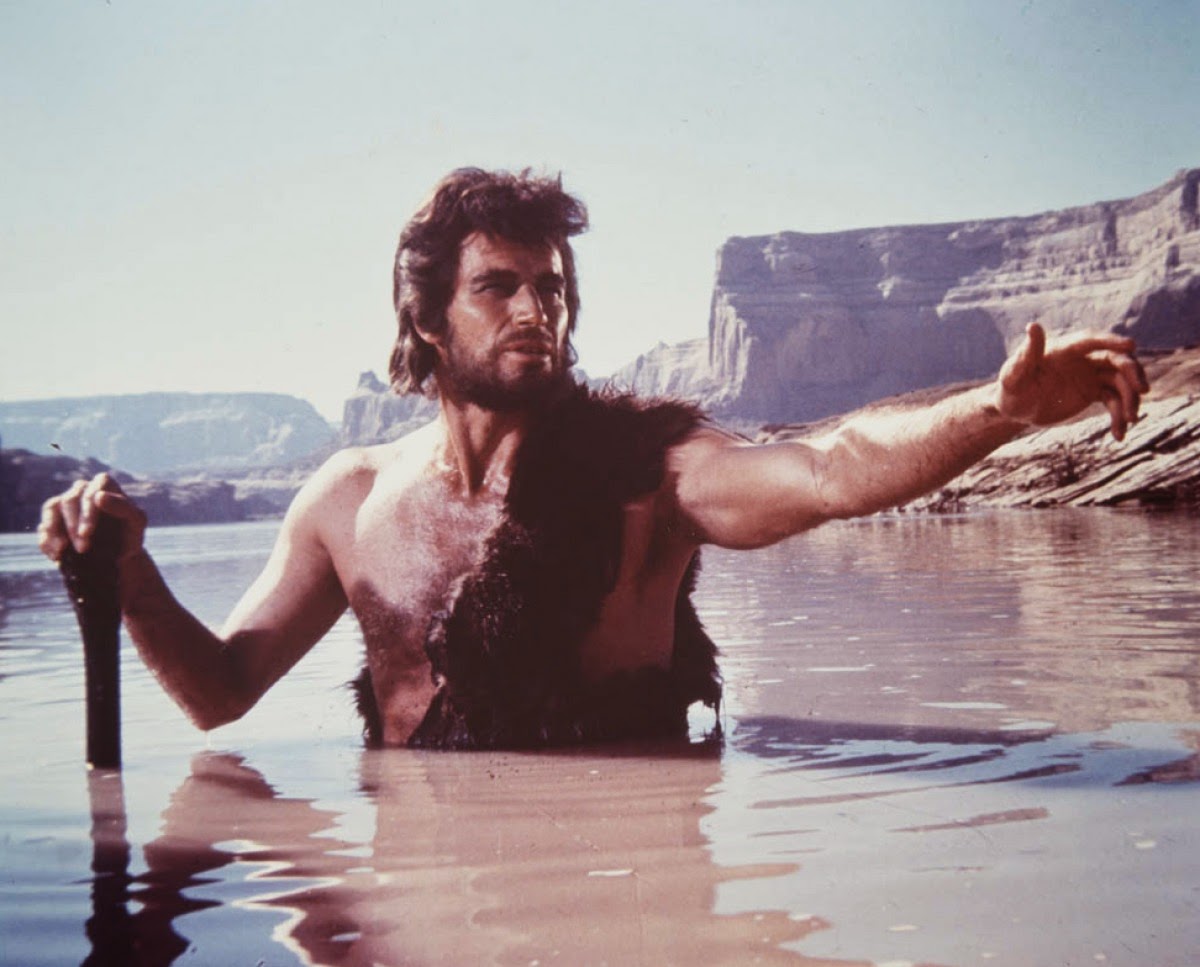 Skyjacked:  Totally bonkers, this movie is a heck of a lot of fun.  All the silly tropes come rolling out and get an almost exploitation treatment.  James Brolin is wonderfully over the top.  It’s all goofy, but very watchable. 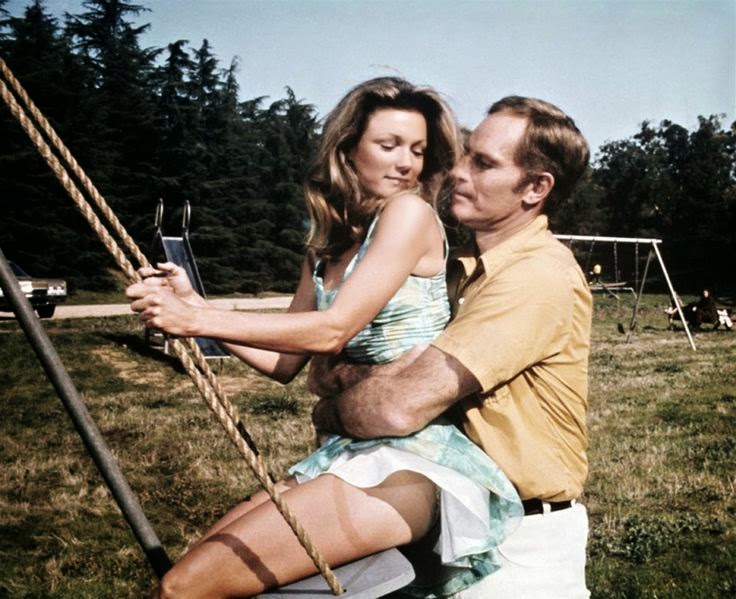 Brad and I were in for the long haul and Rebecca joined us at about the point Jesus was getting done in, but around the end of Skyjacked, people started coming in.  I played an old live TV thing called A Bolt of Lightning as we got food and said hello. 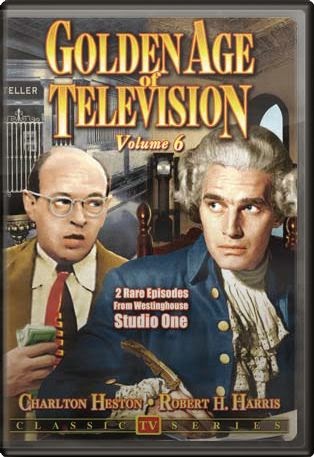 Earthquake:  One of my favorite, if not my favorite, disaster films, Earthquake is a sprawling movie with subplots to spare.  George Kennedy is especially awesome as the bitter, but eventually heroic cop.  There’s family melodrama, a kid in a coma, a creepy rapist with a gun, and a whole lot of shakin’ going on. 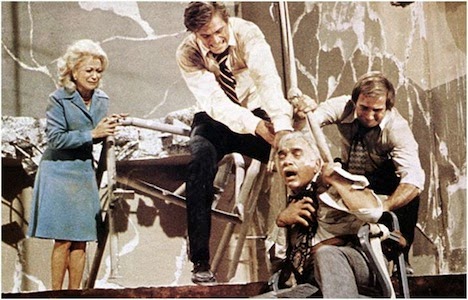 Airport 1975:  “The stewardess is flying the plane!”  I wish this movie was less dull.  There are some good bits and some fun moments.  But I could have used a bit more sleaze, a bit more silly.  It takes itself so danged serious.  Still, a fun group watch. 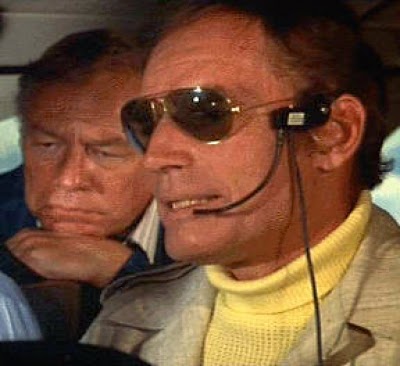 Beneath the Planet of the Apes:  While plenty of complaints about technical issues might be valid, and one could be bothered by the introduction of weirder elements, I enjoy the heck out of this follow-up to the classic.  I like that they don’t simply repeat the original’s story, and make the attempt to do something even more ambitious.  It doesn’t always work, but it’s an interesting attempt.  And that ending.  Nuts.  That’s rough.  The end of the first movie is a brain breaker.  The end of the second is a soul crusher.

And that was it.  Good food.  Good company.  Good (mostly) movies.  What more could a Dork want?

-Matthew J. Constantine
Posted by In The Mouth Of Dorkness at 4:52 PM No comments: