The Mandarin Takes A Seat For New Iron Man 3 Poster 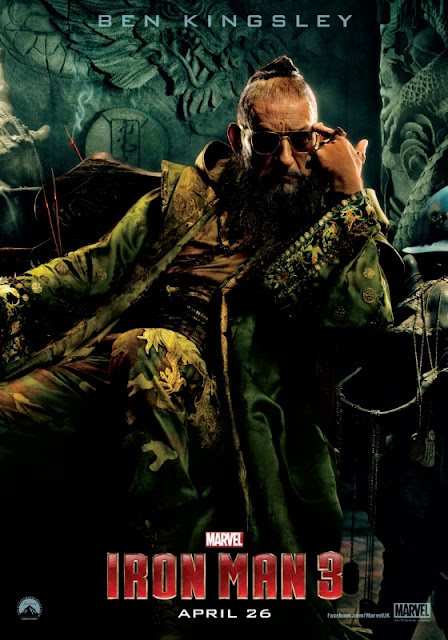 Ben Kingsley is a big question mark for Iron Man 3.  I like the crazy accent he's putting on in the trailer and his general look is interesting.  But there has to be a lot of interpretation at work in the screenplay.  In the comics, The Mandarin is a mystical warrior - a magician who derives his power from the ten rings wrapped around his knuckles.  But I don't think the sorcery vs. science angle is going to fly in the Iron Man universe established in parts 1 & 2...of course, Thor & The Avengers shines some new genre light on this property and we are going to get a film next year starring a wise cracking raccoon, so who the hell really knows?