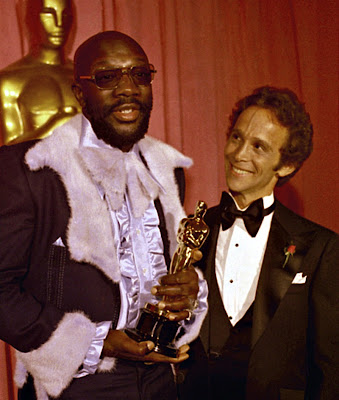 Tomorrow's the big night, and I find myself really excited for the main event.  Why is that?  It probably has to do with the fact that this is the first year I've seen the most nominated films (just missing a few technical awards, one documentary feature, and most of the shorts).  And as stated in my Predictions & Desires, the 2013 Best Picture race is one of the strongest - these are some solid flicks, only a couple I really have no mind for (Les Miserables & Life of Pi) and even those flicks are not the bottom of the barrel.  I've seen worst films take home the bald gold guy -- see my Top Five least favorite Best Picture winners just below, but just when I start crying in my beer I find some hope in my Top Five favorite Best Picture winners cuz even an awards ceremony as incestuous and pretentious as The Academy Awards gets in right every once in while. 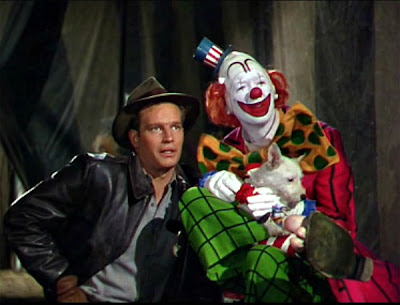 5.  The Greatest Show On Earth:  This is not a terrible film.  It's just long winded, lifeless, and empty.  This represents that era in filmmaking when if you made it long enough and packed enough stars into the frame than you had a hit on your hands.  Great gobby melodrama centering around Charlton Heston's circus manager, his trapeze artist girlfriend, and escaped convict Jimmy Stewart as Buttons the Clown - in what has to be one of his most annoying performances.  Cecil B DeMille pads the movie with endless tent raising sequences that are pornographic in their circus people enthusiasm.  Only die hard fans of Heston or Stewart need apply. 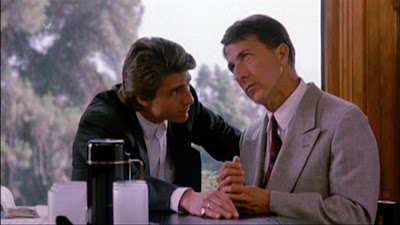 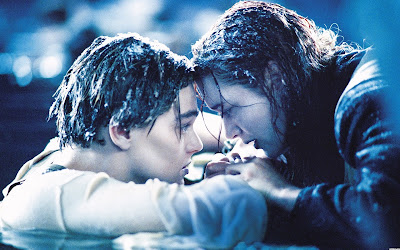 3.  Titanic:  Now here is a movie I hate.  In 1996 James Cameron was the king of genre fanboys.  The man was responsible for the brutal time travel violence of The Terminator, two of the greatest science fiction sequels (Aliens & T2), Arnold Schwarzenegger's last badass film (True Lies), and the Michael Crichtonesque CGI wizardry of The Abyss.  And I was one of his blind followers.  But by the end of 1997 the Emperor was revealed to have no clothes.  And I was lost.  Titanic might have captured the passions of teenage girls everywhere, and confused a couple of critics, but hindsight has certainly been unkind to this epic pile of Teen Beat blather.  Two appalling poor boy stereotypes con their way onto the doomed cruiser and before they meet their watery demise, the pretty kid falls madly in love with the painfully cliche snooty girl.  It's all just biding time until Cameron's magicians unleash holy hell upon the damned and the audience is granted nearly an hour of beautiful devastation...and Billy Zane stumbling about firing his limp pistol.  But somehow James Cameron would fool us all again with Avatar, but at least that Fern Gully abortion never took home Oscar. 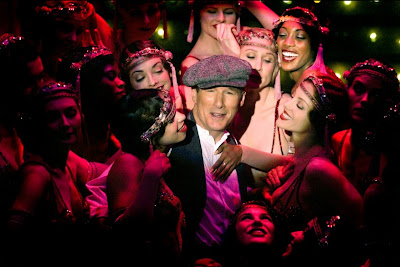 2.  Chicago:  I don't really have much to say on this one.  I just don't get it.  Sure, musicals have never been my thing (unless we're talking The Blues Brothers), but even in 2002 when cinema seemed to be at its most bleak, there were far superior films compared to this shallow glitz.  About Schmidt.  The Quiet American.  Adaptation.  Swimfan....uh...  The only reason I can think that this took home Best Picture is because Academy voters were saddened by the previous year's failing to award Moulin Rouge - another film I don't quite get, but recognize as a far greater achievement in originality than this bland broadway adaptation.  And Richard Gere?  You must never sing again.  You too Catherine Zeta Jones.  And let's just gag Renee Zellweger while we're at it. 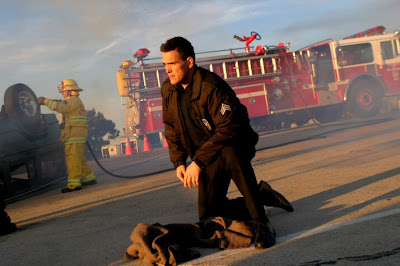 1.  Crash:  When I think Oscar bait, I think Crash.  A film manipulated with both literal and metaphorical crashes of humanity.  Whites.  Blacks.  Latinos.  Rich.  Poor.  All racist.  And when forced to interact with each other they must face the best and worst of themselves.  Just gross writing.  In a year that also saw nominations for Capote, Goodnight & Good Luck, Munich, and Brokeback Mountain the win for Crash was a slap in the face of good taste.  A heinous, condescending picture populated with struggling stars of yesteryear.  This win in 2005 pretty much cemented my contempt for award shows, and I stayed away from the Oscars till 2011 - the year Matt & I started this blog. So yeah, that's the suck of Oscar.  But when you look at the previous 84 films labeled Best Picture, the majority of them are damn fine movies.  Sure, maybe not the best films of their chosen years, but most of them are not Crash.  Most of them are Out of Africa, perfectly crafted dramas worthy of attention and some of them are Lawrence of Arabia, genuine masterpieces.  Warning:  Lawrence of Arabia does not appear in my Top Five Best Picture winners, it's genius, but it's also not my personal favorite David Lean film. 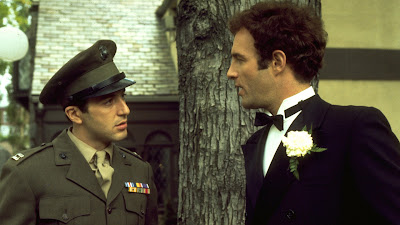 5.  The Godfather:  What can I possibly add to the Godfather lovefest?  It's a brilliant picture.  Obviously.  And it's melodrama, like Titanic.  Only expertly written and brimming with traumatic surprises inflicted upon it's characters.  Some pick the sequel over the original, but for my money, the first film is just a cleaner, crisper fall from grace.  Al Pacino was never better and would never be better than he was as Michael Corleone, the youngest son desperately trying to stay free from the family business and eventually succumbing to a world of violence. 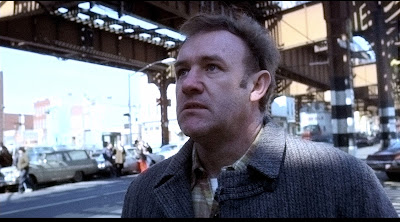 4.  The French Connection:  Gene Hackman is a bastard.  His pitbull detective nearly destroys everything and everyone around him as he chases the trail of a narcotic ring, his victory seeming meaningless next to the hunt.  It's an extremely pessimistic tale, but quintessential of 70s filmmaking and it represents an attitude sorely missed in contemporary Hollywood.  Although, fingers crossed, mean movies will retake their hold on American audiences.

3.  The Bridge on the River Kwai:  Like the age old battle between Beatles & Stones fans, you're either a Lawrence of Arabia guy or a River Kwai man.  Obviously, I appreciate the necessary destruction of pride and the jungle horrors of Japanese death camps.  William Holden is the definition of dogged determination as the escaped GI willing & ready to lead a commando deathsquad back into the horrors of Thailand.  But it's Alec Guinness' stubborn S.O.B. officer that steals the show, and I'm always struck by his righteous realization in the last few moments.  This is pain.  This is regret.  This is madness. 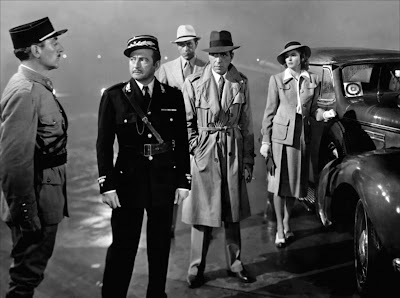 2.  Casablanca:  I saw Casablanca late in life.  About six years ago.  Due to its "classic" status I had always avoided the film as not possibly living up to its reputation.  I was wrong.  Casablanca is a classic for a reason.  It's a love story.  But not really.  It's a love-long-gone story.  And as such it's all about loss.  Humphrey Bogart manages to ooze anger and anguish while still looking badass in a white suit.  Claude Raines is the ultimate lackey.  And when I think Nazi I now see Conrad Veidt instead of the palm scarred Toht.   It might have spawned a dozen catchphrases, but Casablanca earns every soundbite sting. 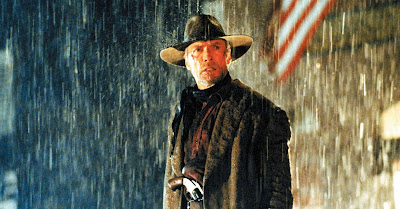 1.  Unforgiven:  I'm not sure if Unforgiven was the first Western I ever saw, but it most certainly was the first Western I remember seeing.  I was 13 at the time.  The perfect age.  Not only does it cast off John Wayne types, but it goes for the throat on characters that Eastwood himself had portrayed - Josey Wales, The Man With No Name - these are murders, not heroes.  Unforgiven reminds us of this fact; it's a film disgusted with violence and violent characters.  It tricks you into sympathizing with a killer and pulls the rug out from you in its final saloon shootout.  Just as Reservoir Dogs sent this budding film fan into VHS stores to collect Hong Kong actioners, Unforgiven sent me diving into Howard Hawkes and Sergio Leone.  For that alone, it will remain a personal treasure.