A Fistful of Vampires That Don't Sparkle! (Brad's Picks) 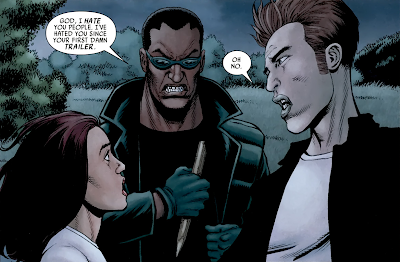 It's finally here!  The Twilight Saga:  Breaking Dawn Part 1!  Squeeeeeeeeeee!  Oh wait.  Those movies are bollix.  My wife read the four novels over the course of a weekend, really enjoyed them, and has dragged me nearly kicking and screaming (I don't throw up much of a fuss, no matter what the movie--I like all flicks even crappy sparkly ones) to each of the cheap adaptations.  The first film is shockingly amaturish, the second one nearly unwatchable, but the third film is what broke me.  Jacob ripping his shirt off at every moment, Edward sneery staring in every frame.  Yeah, I'm ready for Blade to take these mopes out.
Anyway, to celebrate--or bemoan as the case may be--the release of Breaking Dawn Part 1 (thanks Harry Potter for introducing this exciting new money grabber tradition) this weekend, we here at ITMOD are giving you our picks for the Best Non Sparkly vamps.  Personally, I like my vampires to be as monstrous as possible with as little romantic pining as possible.
5.  Peter Loew (Vampire's Kiss):  Okay what's a Fistful Friday without the inclusion of Nicolas Cage.  Vampire's Kiss is one of the most weirdo vampire flicks out there.  But don't take my word for it, just watch the below clip of Cage's Vampire freakout.
4.  Mircalla (The Vampire Lovers):  Possibly my favorite film from Hammer Studios, The Vampire Lovers follows the beautiful Ingrid Pitt as she seduces one young girl after the other.  But she finally meets her match after turning the daughter of Peter Cushing's mad General, who delivers one of his most hate-filled performances.  Blood & Boobs abound. 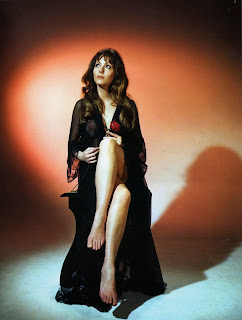 3.  Nomak (Blade II):  I really could not stand the original Blade.  But once Guillermo Del Toro got his hands around the Marvel property, he brought the monster back to the creature emo kids have pretty much ruined.  Gone are the open shirts and pale pasty skin.  In are giant, splitting vagina mouths springing venomous stingers into their victims throats--he doesn't just sip, he drinks--devours his victims. Nomak and his Reaper brethren want nothing to do with hipster soundtracks.  Their rats and they're treated as such. 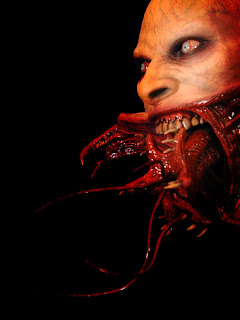 2.  Dracula (The Monster Squad):  There are so many great Draculas in cinema and it might seem blasphemous to go with The Monster Squad version over say, Bela Lugosi or even Christopher Lee but I gotta express my love for Duncan Regher's incarnation.  This Dracula can suck your blood, he can turn your women into his Brides, but why do those tired actions when you can just punch a cop in the face, or break his neck, or toss a stick of dynamite under his car.  And yeah, blow up your super secret treehouse.  The Dracula from The Monster Squad will mess you up, not just nibble yer neck. 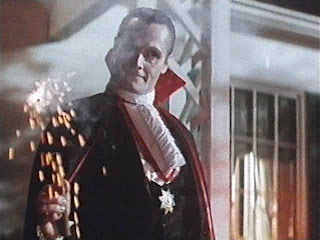 1.  Jesus Gris (Cronos):  Another Guillermo Del Toro Pick!  Federico Luppi is not your typical bloodsucker.  No fangs.  No aversion to garlic.  But after he's stung by the ancient Cronos device he develops a nasty skin condition and an uncontrollable thirst for blood.  Nosebleeds have never been so much fun.  But seriously, Cronos is one of the most sympathetic looks at the vampire condition and its the only film on the list to bring genuine tears to my eyes.  And if you don't already own the Criterion blu ray than do yourself a favor.  An absolutely fantastic commentary track from Del Toro and a tour of his Bleak House, a treasure trove of dorkdom. 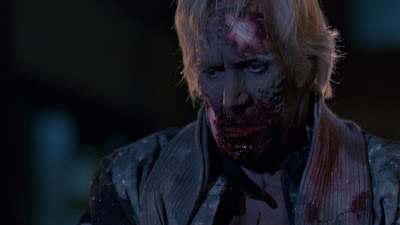