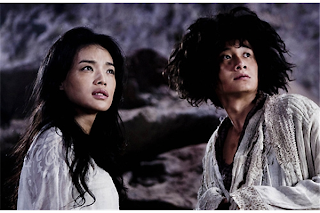 I’ve continued to enjoy the heck out of my Criterion viewing, getting in another 5 this week (though Kiss Me Deadly is available from Criterion, I saw it on the big screen, not on disk).  It’s been interesting seeing a bunch of various classic and art films, stuff I’ve heard of but never seen.  And I think I can say that I’ve become something of an Ingmar Bergman fan.  I’m surprised at how grounded and relatable most of his movies are.  When people mentioned his name, I imagined movies like The Magician, which were surreal, vague, and obtuse.  But the movies I’ve seen have been quite earthy, even if the framing and staging has been artificial.  And this week took Brad, Ben, and I out to the AFI Silver for a screening of one of my favorite movies, so that was nice.  But the week started with the awesome Fantastic Fest tour at the Alamo Drafthouse.  Sadly, because of scheduling, neither Brad nor I were able to see any of the earlier screenings, but Sunday we got to see three movies back to back. 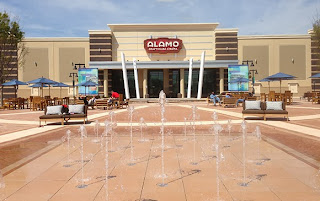 Confession of Murder:  Oh, Korean film industry.  You sure put out a lot of vaguely interesting, but ultimately boring films.  I love the cast, and I think they do a great job.  The plot twists aren’t especially interesting, however, or particularly ‘twisty.’  And the pacing is brutally, grindingly slow.  I was shocked to find out it was under two hours, as the last third of the movie seemed to drag and drag and drag.  And there were several places where not only could the movie have ended, but the movie absolutely should have ended (that POV flashback would have been the perfect fade to credits for a very emotionally devastating ending…but it kept going…).  The subplot about the victim’s family trying to do a kidnapping caper bloats the film, adding virtually nothing to the overall piece except excruciating runtime.  The movie would have been stronger (not to mention mercifully shorter) without any of that.  And the CGI action bits looked like crap.  There.  I said it.  The action looked like crap.  And this is an action movie.  So that’s not good.  Overall, it was OK.  But it wasn’t especially good.  And it continues an almost unbroken stream of disappointments from Korea, for this film viewer.  I think The Good, The Bad, The Weird remains the only Korean film I really like (OK, and maybe The Warrior’s Way). 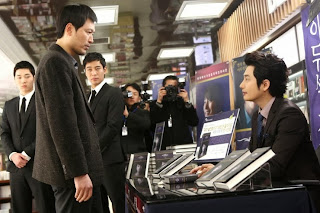 Journey to the West: Conquering the Demons:  This martial arts fantasy film is fitfully funny, wildly zany, and surprisingly good.  I’m generally not a fan of comedy films from China, but Stephen Chow does a pretty good job with humor that crosses cultural boundaries.  I wasn’t a huge fan of Shaolin Soccer, but it was solid, and Kung Fu Hustle is fantastic.  This movie takes on the Journey to the West’s early stages in a way I’ve never seen done before (granted, I’ve only seen maybe 5 or 6 variations on the classic tale, and I know there are many more).  I enjoyed the story, the cast of characters, and the very bent sense of humor.  It’s nasty, weird, funny, and freaky.  It’s also got a very fun performance from one of my favorites, Shu Qi.  This may be the most cracked and over the top she’s ever been, and it was great. 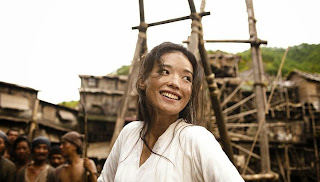 Why Don’t You Play in Hell?:  OK, look.  I’m not much of a Japanese film fan.  Certainly not when it comes to the last 30 years or so.  It’s a lot of things, from the pacing, to the repetitiveness, to the frequently squandered intriguing ideas.  And ‘gonzo’ Japanese films hold very little interest.  So, take that in to account when I say, “holy f’in nuts, this movie is one of the craziest, most insanely fun things I’ve seen.”  It’s almost impossible to explain what the movie is like.  You’ve just got to see it.  I’ve watched a trailer that shows some scenes, but it’s not even the tip of the iceberg of how batshit the film actually is.  And the cast takes each bit of madness and runs with it.  They sell it.  The mob bosses?  Awesome.  The filmmakers?  Awesome.  The poor schlub?  Awesome.  It’s hallucinatory.  It’s repulsive.  It’s profane.  And it had me in stitches throughout.  I don’t know what I’m going to call it, but I feel like this and movies like Crank and Crank 2 need to have their own subgenre.  If I could put in writing, Henry Silva’s pre-murder scream from Sharky’s Machine; that’s what I’d call it. 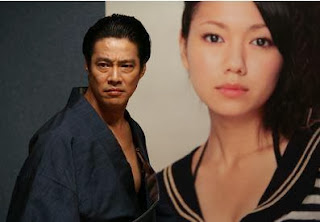 Dallas Buyers Club:  A depressing, but also somewhat uplifting film about a hard partying hick who gets the AIDS and learns some valuable lessons.  It’s well acted, well shot, and doesn’t feel overlong.  It also doesn’t feel the need to go into too much detail, or obsess over the unimportant elements, as many ‘true story’ films do.  It’s probably one of the better films of 2013, though I can’t claim it as one of my favorites.  While a fine film, I don't see myself ever watching it again. 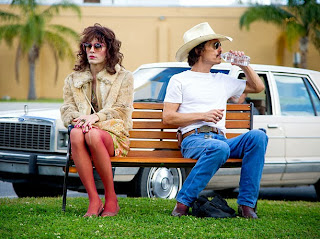 Through a Glass Darkly:  A family getaway brings out some old wounds, as four damaged people come together and try to deal with their various issues.  A writer who has ignored his family, an emotionally immature young man, a woman descending into madness, and her put-upon husband.  Each has secrets and desires to get out, each must face personal demons.  Bergman puts family drama against the stark beauty of a vacation spot, and shoots it all in stark black & white. 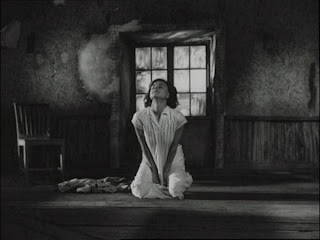 Au Hasard Balthazar:  Not at all the movie I was expecting.  Not even the kind of movie I was expecting.  The only thing that could make this more stereotypically French would be for it to smell like piss and constantly insult you.  The characters all suck, everyone’s a scumbag, and there’s a donkey.  A slow girl is the object of lust.  Pointlessly rebellious young people act like turds.  It’s unpleasant, and ultimately detached.  Blah. 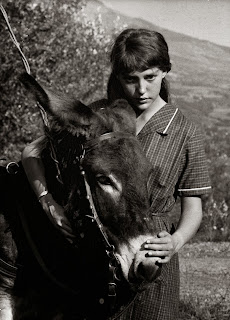 Winter Light:  Holy flippin’ crap, this is a danged dark film.  A pastor who has lost his way struggles with his lack of faith, while destroying the lives of those around him.  He’s such a humorless and monstrous human being that it’s hard to sympathize with him at all.  You end up feeling a lot more for the folks around him, who try so hard to reach him. 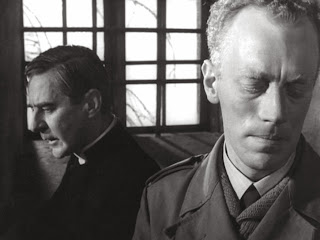 Kiss Me Deadly:  Thanks to the AFI Silver, I got to see this new favorite on the big screen.  When I first saw this film in 2012, it was a bolt from heaven.  Mike Hammer is a monster.  A dirty, violent, brutal monster.  His vacant grin while he crushes a man’s fingers; his slapping of a fragile old man; whatever he did to Sugar Smallhouse that made Charlie Max loose his nerve.  And yeah, Hammer is the ‘hero.’  He just can’t stop pulling at the threads that will bring about a revelation and an apocalyptic ending.  It’s hard to explain the movie.  You’ve just got to see it.  And when it goes where it goes, get ready to have to pick your jaw up off the floor. 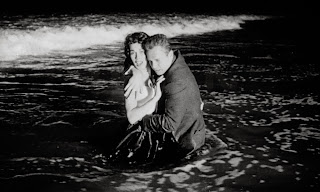 Ministry of Fear:  A man leaves an institution after many years, only to immediately get wrapped up in a strange conspiracy of Nazis and cake.  Or is he mad?  A twisting, turning story of paranoia and ever threatening danger.  Those danged Nazis might be anywhere.  The movie is beautifully shot, stylish in that Lang way, and convoluted and weird.  The rooftop shootout is wild, and the ending is nuts. 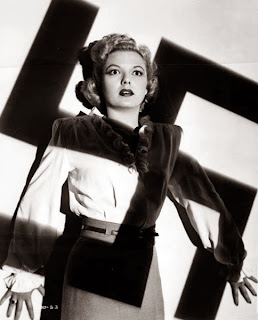 Dragonwyck:  “Every now and then, you say ‘golly.’”  A pretty young woman goes to live in a colossal mansion as a sort of governess.  But all is not as it seems, and the house is hardly a home.  Gene Tierney is the plucky woman.  Vincent Price is the rather dastardly, snooty master of the house.  Conflict between classes, between the moneyed families and the salt of the Earth farm folk are just the tip of the Gothic iceberg.  It’s sort of a higher budget precursor to Price’s later work in Poe adaptations for Roger Corman. 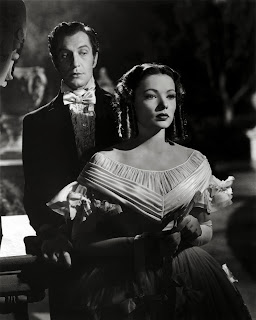 Murder, My Sweet:  “It ain’t personal.  We don’t like you.  But it ain’t personal.”  I like the script, but Dick Powell, while likable, doesn’t feel right as a hardboiled detective.  It’s a solid noir, but not an amazing one.  It’s worth checking out, and has some of those great little Noir quips.  But Powell is a bit goofy.


Pandora’s Box:  Everyone wants a bit of Louise Brooks, and generally, she’s willing to share.  And that’s where the problems begin.  Everyone seems to love her, but she just wants to have fun.  This leads to wild parties, marriage, murder, messing about, and all the things a woman gets up to when she’s not barefoot and making babies.  Louise Brooks plays a flapper-monster, but somehow remains charming.  She’s not the kind of aggravating Betty Boop of Clara Bow.  She seems like she’s got more going on behind her eyes, and that she may just be the evil the courts think she is. 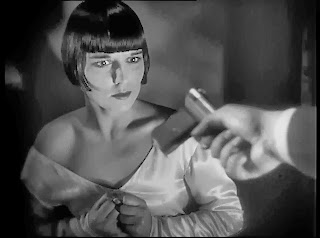 That’s about it this week.  But hey, Fantastic Fest at the Alamo and a trip the AFI mean this was a good week for this Dork. 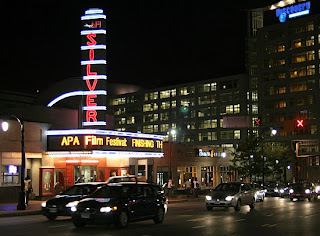 -Matt
Posted by In The Mouth Of Dorkness at 6:06 AM