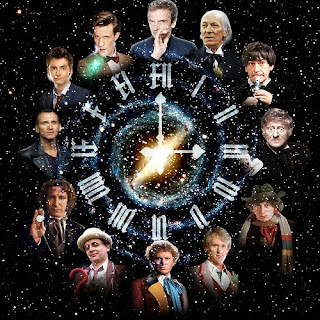 Today is Doctor Who's 50th anniversary.  Half a century ago, a crotchety old Doctor, his precocious young granddaughter Susan, and her teachers Barbara and Ian all entered a police box in a junk yard in England, and began a cosmic adventure of grand proportions.  When the lead actor grew too old/ill to play the part, the show was still hugely popular, and a decision was made that would alter the course of the show and give it legs nobody saw coming.  The Doctor was an alien, right?  So he 'regenerates.'  This let the show continue with a new actor in the title roll, and history was made.  Now, 50 years later (with a break in the 90s), Peter Capaldi is about to take up the roll as the twelfth Doctor.  There have been good times and bad, and each person who sees the show has their own favorite moments and characters.  So, once again, we here at In the Mouth of Dorkness ask you the reader, who is your favorite actor to play the part of the Doctor?  Please take a moment to look to the right of the page and vote.  Voting ends on November 30, 2013.  Thanks! 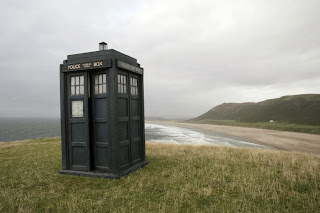 -Matt
Posted by In The Mouth Of Dorkness at 6:16 AM