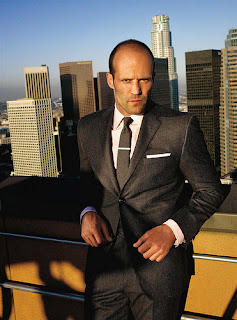 That's right!  According to Joblo.com, action star badass Jason Statham (The Transporter, Crank, Death Race) has been cast as the title character in the upcoming Parker movie based on my beloved Richard Stark novels.
Now, before I even comment about the casting choice I have to comment on the movie's title:  Parker.  As stated in an earlier post, Parker has never appeared on screen under that name.  Stark (aka Donald Westlake) always insisted that the films not use the name unless they were going to do a series.  Of course, now that Westlake has shuffled off this mortal coil, his estate doesn't need to bother with such pleasantries.  Or could we possibly be seeing further Parker adventures from Statham?  I'm guessing that's putting the cart before the horse. 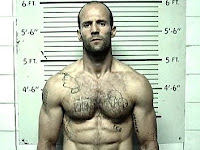 So, do I like Statham for Parker?  Hmmmm, sure.  As seen in the Crank films and the more recent Mechanic, Statham can play the brute well and that's essential for portraying Parker's cold mentality.  I don't think that Statham will have much need for his kungfuery, since when Parker strikes he usually just needs one bullet or a strong pair of mitts.

If anything, what makes me nervous is this write-up in Variety:
"Pic, based on the book series by Donald Westlake, revolves around a thief who, though at times is forced to be a killer, still lives by a code of honor that includes never stealing money from people who need it. His word is his bond, and if he is crossed he will strike back relentlessly." 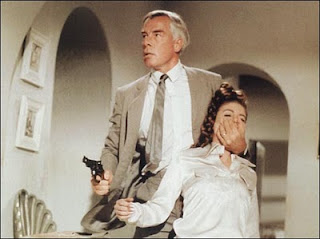 Also, Taylor Hackford is attached to direct.  Love Ranch, Ray, The Devil's Advocate, White Nights, An Officer and a Gentleman.  All fine films, but is this the eye I would want behind the first film allowed to use the name Parker?  No way.
Another Passage from Variety:  "'I don't want to get stuck in a genre,' Hackford told Variety. 'What I like the most about this piece of material is that you can take a genre piece like this and turn it into a great movie.'"  Not very inspiring.

Still, I have a huge man-crush on Statham.  And, like I said, I do think he can pull off Parker's cold brute force nature.  And of course I will get excited for any new film having the slightest to do with the Stark novels.
But, I am concerned.  Taylor Hackford is a decent, but uninspired director.  And what's the script going to be like?  Is Parker another remake of The Hunter?  Is it one of the other books:  The Score?  The Mourner?  Butcher's Moon?  Or is it some random scriptwriter's idea of Parker?  That makes me the most nervous. 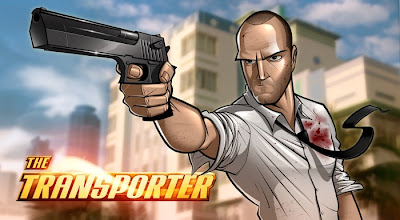