We welcome guest columnist Chris Beckett.  His previous work has been published by the likes of Ape Ent., Dark Recesses Press, and Top Shelf Comics.  You can also see more work by him at (sorry, new info coming soon).

Is it better (healthier for the comic book medium) to follow the character or the creator when making buying choices with your comics?  In this series, I will try to answer that question and, hopefully, engender some lively debate in the process.

The caveat:
Recently, I've been reading Watchmen & Philosophy: A Rorschach Test, a book of essays on the philosophical questions and conundrums within Alan Moore & Dave Gibbons's seminal graphic novel Watchmen.  It's been interesting and given me a few things to consider about this book that I hadn’t before.  But the major point I've taken away from Watchmen & Philosophy - and a point that has left me frustrated and disappointed with it - is that the philosophers writing for this particular collection are unable to take a side in an argument.  They pose a question, one might infer it as a thesis statement, and then write at length on both sides of the issue, never coming to any conclusion other than it’s a good thing we don’t have to really consider these types of questions in our world, because there seems to be no real answers for them.

Just take a side and argue it!

This frustration has been countered by another book I'm currently reading, The Thin Red Line (Philosophers on Film), edited by David Davies, in which the essayists do take a side, illuminating a point through the action and dialogue in the film, as well as through supplementary information from interviews and other sources.  They take this information and shine it through a philosophical prism to enlighten readers on what Terence Malick (a noted recluse) may be trying to tell us in The Thin Red Line.  This is a fascinating book that has got me jazzed to re-introduce myself to Malick's brilliant film based, rather loosely, upon James Jones' novel.  I like that these philosophers are willing to take a stand, to make an argument, and to show the reader how his or her point is supported with what we, the audience, will experience when watching The Thin Red Line.  It excites me, and it doesn't feel like a cop-out the way the essays in Watchmen And Philosophy do. 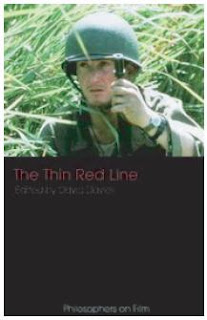 So.  My question to you, the readers, is whether one should follow the creators or the characters when collecting comics?  Now, I could cop out and write: buy what you like, it doesn’t matter as long as you’re happy, all is good.  And that is true, to a certain extent.

But, is this a healthy point of view for the medium of comics and graphic storytelling?  (A question that could certainly be followed by: is it necessary for consumers to think about what is healthy for a medium or industry when making buying decisions?)  I don’t think so.

And so, I will try to be even-handed in this series while taking a stance on what I feel is the “best” way for us, as consumers of graphic narrative, to approach this subject.  It’s my opinion, ultimately, but I’m arrogant enough (or confident enough, as I prefer to term it) to feel that my choice is the better choice. 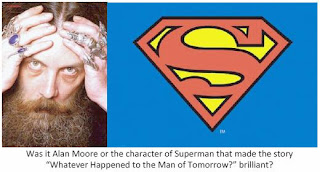 The Context:
By its very nature, this topic will mainly revolve around comics published by the “Big Two,” Marvel and DC comics.  They are the major gateway into comics for most readers, and they are the companies that publish “characters” moreso than “creators,” though they do like to tout high-profile talent coming onto their books.  There will be opportunity to venture into the back of the Previews catalog, to look at books from publishers like IDW, Fantagraphics, and, in an historical context, those books initially published by companies such as First Comics and Eclipse.  All of these companies publish[ed] both “corporate” books and “creator-owned” books with some leaning heavily toward the corporate side and others sliding more toward the creator side, and that will allow for an interesting discussion I hope.  (At the very least, it will be an interesting journey for me).

Ultimately, I will be focusing this series through the lens of my own personal comics-reading journey, which started in 1984 and continues today.  I hope to make you think a little and consider what it is that motivates you when putting down money for your favorite comics.

Is it Swamp Thing or Alan Moore?
Is it the Avengers or Brian Bendis?
Batman or Jim Lee?
Fantastic Four or Bryan Hitch?

-chris
Posted by In The Mouth Of Dorkness at 5:34 PM