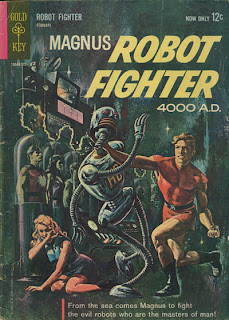 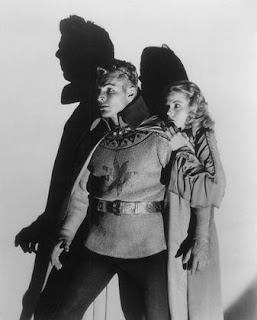 The guy who looks an awful lot like Buster Crabbe, from the old Flash Gordon serials, Karate chopping a robot to the neck  did the trick.  I had to pick up this collection of comics from the mid 60s.  Originally published by Gold Key, a company that somehow managed to produce some memorable characters while also publishing abominations like their Star Trek comics, it was conceived as a futuristic Tarzan, where apes were replaced by robots.


Flip through the book, and you can feast on some gorgeous art by writer/artist Russ Manning.  With floating restaurants, flying cars, and rocketships, the world of 4000 A.D. is a ultra-tech utopia.  The classic idealized future of the 1950s is illustrated with an eye for detail. 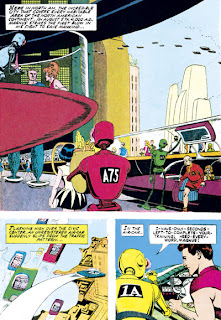 But, of course, there’s a darker side.  Humanity has come to rely on robots for everything, loosing all the things that make us great; creativity, drive, and will.  And inevitably, humanity’s reliance on their robot servants leads to problems.  When rogue robots try to take over the world, there’s nobody to stop them.  Until rugged individualist, and super-competent Magnus, trained to kill robots with his bare hands, by robot guardian 1A, leaps into action.  He’ll smash those robots.  He’ll smash ’em good. 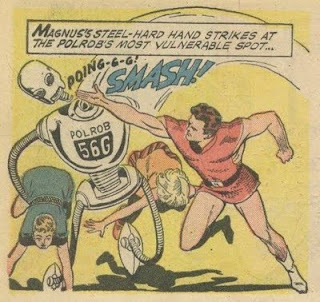 I suppose if you were so inclined, you could look at the comic as summing up the hopes and fears of a generation of Americans.  Magnus certainly represents the idealized American man of that era; strong, smart, and always right; standing apart from the wishy-washy rabble and leading the charge against tyranny.  Generally, though, I am not so inclined. 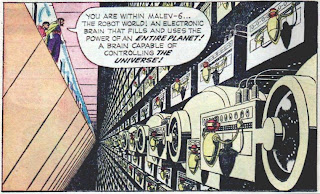 Each story is self contained, and filled to the brim with great action, weird and imaginative stories, and some great 50s style heroic dialog (so many exclamation points!).  In some ways, it feels similar to the original Challengers of the Unknown and early Fantastic Four, but is better written than either of those.  If you enjoy classic science fiction and classic comics, this is a must.  And with over 200 full color pages, it’s a lot of comic for your money.  I can’t wait for volume two. 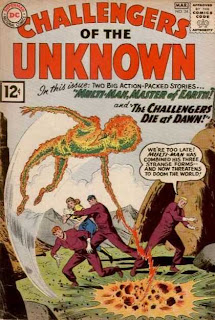 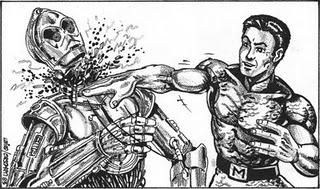 -Matt
Posted by In The Mouth Of Dorkness at 4:01 PM