A Fistful of Cat-Suits! (Matt's Picks) 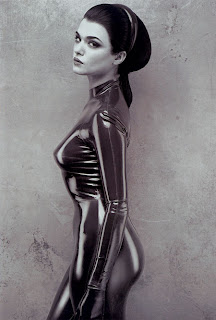 Look, I’m just a hairless ape with delusions of civility.  Oh sure, I play at being classy.  But, while I try to put on the mask of Man, my core is still the Beast.  I’m not simple, but by the same token, I’m not especially complex.  I like women.  And I like ‘em sexy.  And one thing I’ve always found darned sexy is a nice cat-suit or jumpsuit.  I don’t know what it is.  Never really understood it.  But there it is.  Women pilots in a flight suits?  Cool.  April O’Neal in that yellow thing she had in the cartoon?  Awesome.  Heck, as a lad, I drooled over Troi on Next Gen all the time (before I realized how stupid, useless, and annoying she was).  And if I’d been 10 or if the show hadn’t been written by drunken chimps, I might have watched Voyager just for 7 of 9’s crazy silver getup.  So, after that awkward glimpse into my noggin, here’s a list of a few of my favorite ladies in cat-suits.

5.  Liz Hurley as Vanessa Kensington in Austin Powers.  If I’m ever frozen for 30 or 40 years, thawed out, and told my longtime enemy needs killing, I hope cat-suited Liz Hurley is there to show me the way, engage in occasional wordplay, and put up with my periods of crass, old timey cultural confusion. 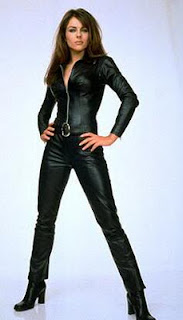 4.  Angelina Jolie as Lara Croft in Tomb Raider.  Back when Jolie still enjoyed eating (and didn’t look like a famine victim), she could sure fill out a costume.  Her sexy wetsuit makes me want to raid a few tombs…er…dig for treasure…um, I mean…have sex with her…if you know what I mean. 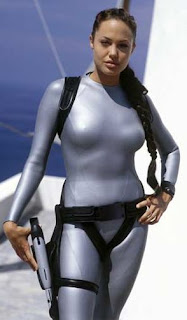 3.  Carrie Anne Moss as Trinity in The Matrix.  Maybe she’s not the most attractive woman.  But you throw her in head-to-toe leather or vinyl, have her do a couple acrobatic kicks, and blow something up behind her, suddenly Trinity becomes a violent action goddess.  Why do I doubt most lady hackers are up to this sort of business? 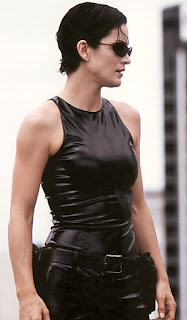 2.  Erin Gray as Wilma Deering in Buck Rogers.  Oh, man.  Young Matt was head over heels in love with this woman.  Every time I got the chance, I’d sit down and watch cool dude Gill Gerard get shot into the future where he could hang out with ultra-sexy Wilma and her amazing, form fitting uniforms.  I don’t know for sure if it was her or Wonder Woman who was my first crush.  But whatever the case, she’s had a lifelong effect on the wiring in my head for what I find attractive (read: smart, tough chicks in sexy uniforms). 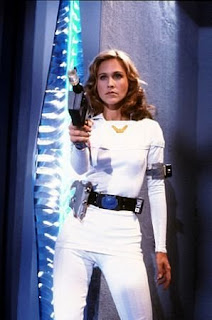 1.  Dianna Rigg as Emma Peel in The Avengers.  Sweet momma, she makes the sleaziest costumes look classy.  Rigg had an amazing quality.  Somehow aloof in the most British of ways, yet seemingly willing to lower her standards enough for you to have a chance.  A dancer’s grace with a soldier’s strength and a philosopher’s mind.  All wrapped in leather and mysterious danger.  Hot. 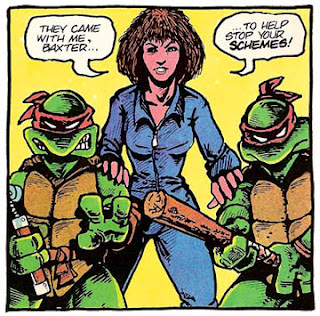 -Matt
Posted by In The Mouth Of Dorkness at 1:52 PM