Not a great week.  Some stuff I want to see, but nothing screaming to be a Must Buy!  And, of course, I'm not even going to bother till after San Diego Comic Con. 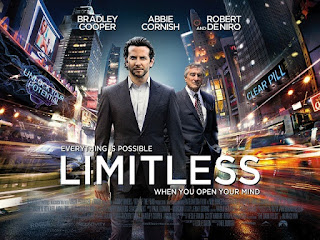 LIMITLESS:  There definitely seems to be an interesting idea at play here with this film, and I'm kinda bummed that I missed it in theaters.  I dig Bradley Cooper when he's not doing Hangover movies and I like the fact that his name alone seems to have driven this movie into a success.  Robert De Niro seems to just cash paychecks these days, but he's one of the better work-for-actors when he's not messing with The Fockers.  Also, you should check out The Q & A with Jeff Goldsmith podcast episode with Limitless screenwriter Leslie Dixon. 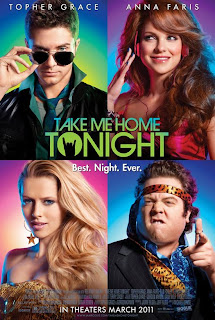 TAKE ME HOME TONIGHT:  The Omega Dork tells me that this was a fun flick.  Again, I wanted to see it in theaters but not enough for me to put for an actual effort.  I like Topher Grace.  And I like 80s teen comedies.  Mash them together and there might be some fun there.  I'm down. 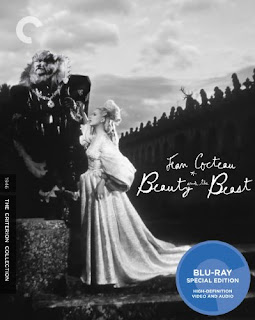 BEAUTY AND THE BEAST (BLU):  What!?  A Criterion New Release that's not an essential Buy!?!?!?  Well, with the Barnes and Noble sale going on it might very well end up on my shelf, but I already have the original Criterion release and even though I love this film I'm not sure it's worthy of the double dip.  It probably is, but I'm also trying to save cash to blow at Comic Con.  Decisions, Decisions. 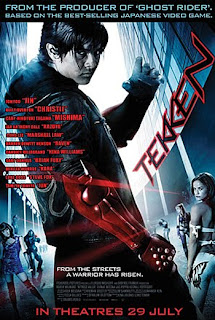 TEKKEN:  Man, this film looks terrible but I will suffer through this silliness cuz what if it's geniusly terrible?  What if?  I'm a sucker, but that's why you love me.  And when does the poster tag, "From The Producer of Ghost Rider" mean an indication of quality?  No, what that says is that we're all in a world of trouble.

And, yeah, that's if for the DVDs I care about this week.  I think this might be the weakest string of DVDs since Matt & I started this blog.  Bummer.  Oh well, next week we've got Source Code, The Blues Brothers blu ray, and the Sam Axe film.  And, uh, Dylan Dog.

Email ThisBlogThis!Share to TwitterShare to FacebookShare to Pinterest
Labels: DVDs