With October in full effect, it’s time to celebrate the Horror genre once again.  We’ve talked a lot about the classics of Horror, established masterpieces like The Thing, Night of the Living Dead, Glitter, etc.  So, this time around, we’re going to look at those Horror films that don’t get the love they deserve.

5.  Dust Devil:  There are two key versions of this film, one of which is frustratingly unavailable.  The original theatrical cut of the film is good, but only the ‘director’s cut’ has been put out on DVD.  Either way, there’s a strange, haunting vibe to the film.  A quest across southern Africa, a mysterious spirit traveler who seduces lost souls, an emotionally broken old cop.  Very moody, and very atmospheric.  Unfortunately, it’s director Richard Stanley’s only good work. 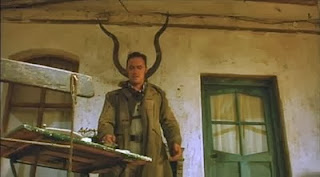 4.  The Stuff:  Larry Cohen made this ultra-80s wackado study of American consumerism and fad.  When a white goo bubbles up from underground, it becomes the new snack sensation.  But the snack has something else in mind.  Like a Lovecraft story, filtered through the neon soaked underworld of early 80s discontent.  Conspiracy, commercialism, survivalists, and sweaty palms. 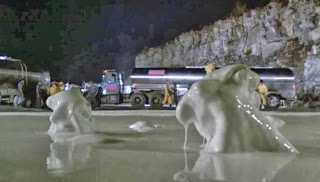 3.  Monsters:  Nobody saw this low budget kaiju movie when it came out in 2010, and that’s really too bad.  Here’s hoping next year’s release of Godzilla will inspire folks to see director Gareth Edward’s first movie.  After a space probe crashes to Earth in Mexico, bringing with it an alien corruption, walls are built and the whole area becomes a no-man’s land.  A young socialite and a photographer need to get back to the States in a hurry, but things are falling apart.  A journey across Mexico is harrowing and educational.  The movie was shot on a very low budget, yet ends up being more effective than many big budget blockbusters. 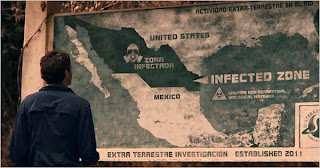 2.  The Ninth Gate:  When I first saw this film, I wasn’t into it.  It seemed kind of goofy, a bit slow, what the heck was that ending?  For some reason, I sat down and watched it again one day.  And it was weird, but I really, really liked it.  The music, the look, the characters, and the scenes of journeying across Europe were all fascinating.  When I had the chance, I bought the DVD, listened to the commentary, and went on to read the novel it was based (loosely) on, and somehow, it became a favorite film of mine.  It was also when I realized I was a Johnny Depp fan.  Now, I can pop this movie in any time and enjoy the heck out of it.

1.  Lifeforce:  It starts as a space exploration film.  It becomes an alien invasion film.  And then it becomes an apocalyptic zombie film.  And it is one of the very few vampire films that doesn’t …hem…suck.  A great cast of UK character actors and a sprawling story help make a film that feels like the best of classic Hammer, specifically the Quatermass films.  The movie was not well received and has never seemed to pick up a particularly large audience, and that’s too bad.

Looking back over this list, I can’t say I’m surprised at all that all five of these films share aspects of Lovecraft’s work and the work of his fellows. 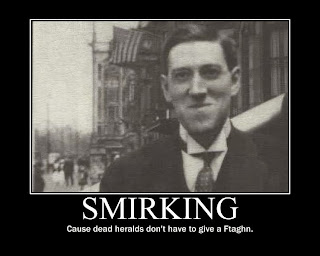 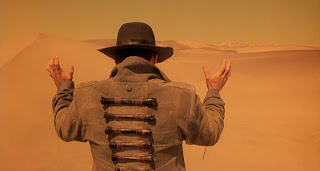 Posted by In The Mouth Of Dorkness at 6:39 PM