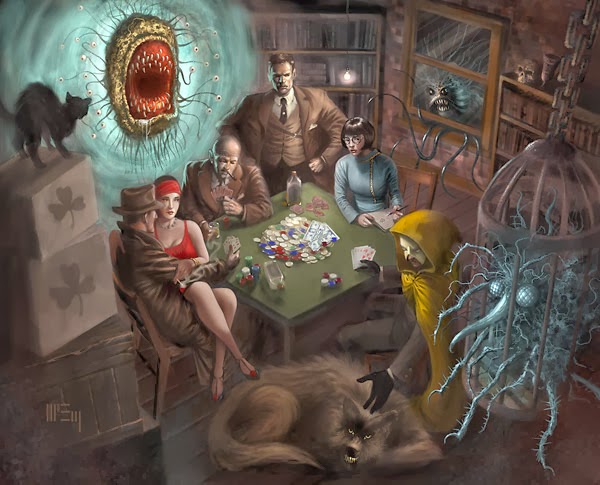 It has finally happened.  I got several people together for a roleplaying game.  Dang, it’s been a long, long time.  I wasn’t sure exactly how things were going to go down, but I guess it went OK.  With only one experienced gamer, I figured a brief introduction to the hobby would help (I hope it didn’t just confuse), and then some general questions of interest.  But after talking to Lisa a few weeks back, I realized she was right, and limiting the options was a good idea (I think she said, “Matt, just make a frickin’ decision.” Though I could be remembering it wrong).  So, I kind of boiled it down to Space 1889 or Call of Cthulhu (while leaving the possibility of something else if people had super strong feelings about something). 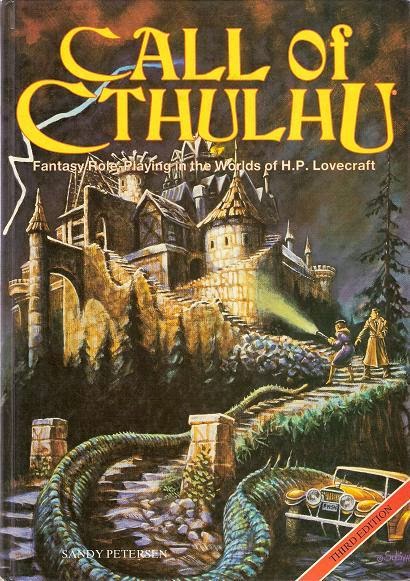 After lots and lots of stammering, occasional blank stares, and a few frantic, scared-rabbit glances, I managed to spit out a stream of consciousness rant about what roleplaying games are (probably missing all the essential elements) and how they’re played.  Then, after a bit of intellectual waffling, I think I may have steered the group toward picking Call of Cthulhu, which works for me.  It’s not rule heavy or number crunchy like D&D or some others, but it’s not as loosey goosey as Over the Edge or Everway.  Having some structure seems like a good idea for folks who have never tried the hobby before.  It’s a scaffolding for the imagination to build its cathedrals (how’s that for some poetry).  With CofC chosen, we set about making the characters.  There’s a handy guide, which was …handy, because it had been quite a while since the last time I went through the process.  We have a big game hunter, a retired naval officer, a reporter, and a mobster.  And the group decided that Lovecraft’s fictional city of Arkham would be our starting point.  With some assignments for reading (you know I love homework!) and a few suggestions for things to look into, I wrapped the day up and started to let it all sink in. 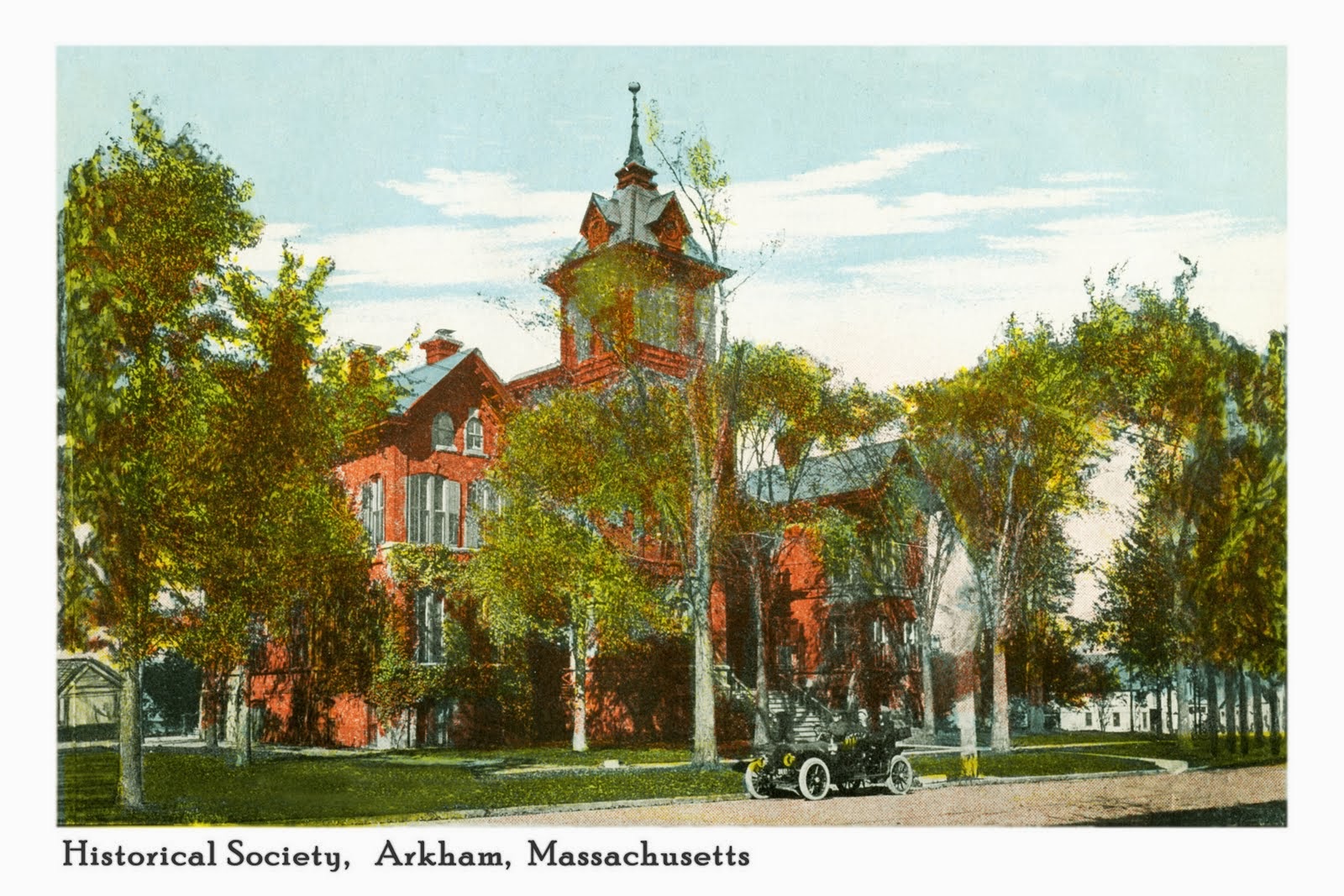 Now, I’ve got some work to do, but I’ve got a direction to go in.  We’re going to try to meet on a semi-regular biweekly basis.  So, I’ve got about two weeks to do a bunch of reading on Arkham, prep up some non-player character, and create a bunch of story hooks.  I came up with three this morning, and I kind of like ‘em.  So, I’ll probably develop those and maybe a couple others.  There’s always the possibility of multiple story threads being investigated at the same time.  As I’m doing that, I want to prep a list of movies, music, and the like for folks to check out if they’re so inclined.  Things to set the mood or capture the spirit of the age. 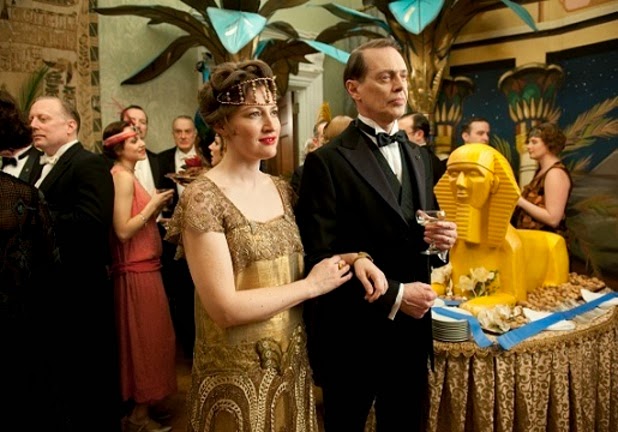 The 20s were pretty wild.  You had the end of the old world and the birth of the new, women entering the workplace at unprecedented numbers, courting going out of fashion to be replaced with dating, money flowing fast and free right next to shocking poverty, great advancements in science along side cultural rejections of progress.  This is the time of flappers and Jazz.  But it’s also the dying days of the Wild West and the prime of Segregation.  Racism is rampant, religious hatreds are inflamed, the scars of one war are barely healed and the shadows of another are just starting to coalesce.  The Great Depression and the Dust Bowl are a few years away, and for the lucky few, things couldn’t be better.  Of course, the brighter the light, the darker the shadow.  And that’s where Call of Cthulhu comes in.  So, with the first night, and a bunch of choices behind us, I’m ready to get this show on the road.  It’s been a long time coming, and I’m glad it’s finally happening.  Now, I just have to not screw it up. 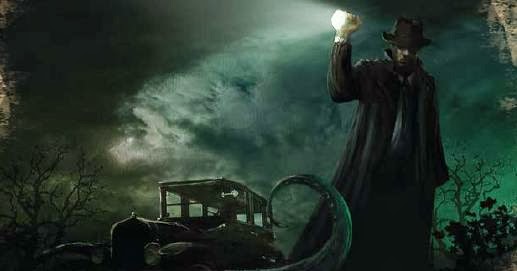 So, I’m popping on the Cab Calloway, dusting off the Louise Brooks DVDs, and pulling my leather bound Lovecraft off the shelf.  I’ve got my pen and notebook ready, and I’m feeling the creative juices flowing.  If we make it through one complete story, coming to a reasonable end or stopping place, I will be happy.  If folks enjoy that and want to keep going, I will be ecstatic. 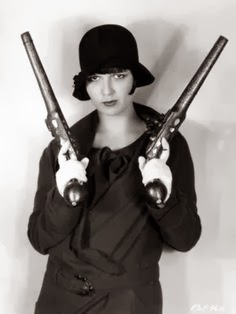 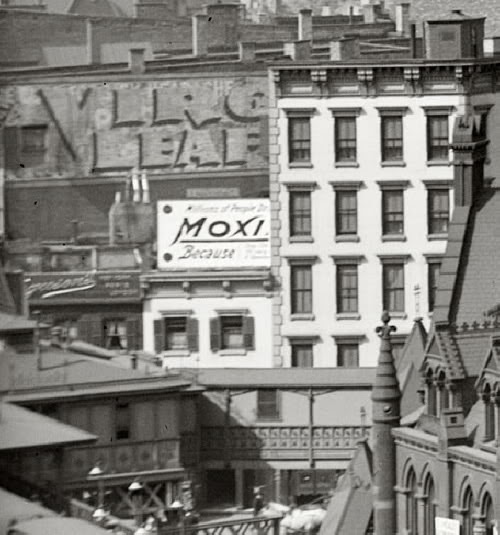 Posted by In The Mouth Of Dorkness at 5:34 PM