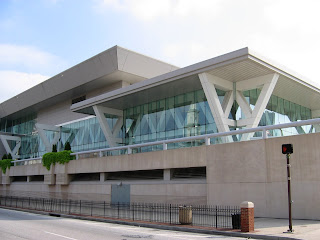 In the fall of 2004, a bunch of us drove to Atlanta for Dragon-Con.  Warren Ellis was crossing the Atlantic for the first time in a decade and Harlan Ellison was going to be there.  There were certainly many other noted guests in attendance, but these were the two I drove 26 hours to see.  While waiting in line for the early morning Ellis signing, we overheard a conversation that got, to my mind, rather foolish.  This woman, who was a published author, was going on about how different things are once you’re behind the curtain.  [emphasis mine]   As a published author – and, by extension, a professional – she did not read fiction for entertainment anymore; she couldn’t.  She continued to explain how she no longer got excited about meeting authors, in that “fan” sense.  Her rationale seemed to be that she was now part of this elite fellowship, and a fannish reaction would be unbecoming.  But, to my ear, it all sounded pretentious and stupid.  You couldn’t just excise that part of you enamored with stories and storytellers.  It was, and still is, an elitist attitude that was off-putting and felt disingenuous, as if this woman were putting on airs to impress those around her.  I wasn’t.

But what do I know? 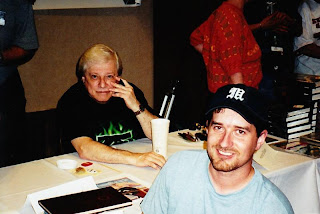 It has now been eight years since Dan and I first tabled at a convention.  That experience was kind of devastating (WARNING: do not take your self-published, black-and-white, non-superhero comics to a big convention, just don’t, especially if they’re the first comics you’ve ever done).  But each successive convention has been better.  We’ve learned a lot from the experiences, had a few short stories published, and grown as writers through the only way possible, the grind of writing regularly, every day, no matter how inspired we feel.  Our names aren’t known and we haven’t landed that first big project, but we are writers (and Harlan Ellison, again, says that if you write, you’re a writer; you don’t need to be published or have an agent or whatever, you just need to do the work, and respect the work, and strive to improve – though, let’s be honest, being published is nice).  And, as we prepare for this year’s Baltimore Comic-Con – the first time Dan and I have returned to a big show as exhibitors since that initial debacle noted above – I find my inner fanboy revving up. 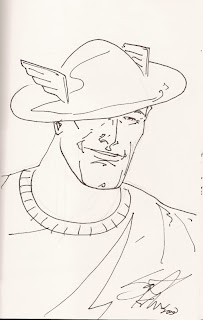 For the most part, since the devastation that was Wizard World Chicago: 2005, Dan and I have set up at small shows like SPX and the CGS Super Show.  Not only are those shows more intimate and less costly, but that is also where our audience is.  We write stories generally reproduced in black-and-white within genres that range along all points of the spectrum.  And I love those shows.  But Matt, who wrote a great fantasy story for Warrior27, our comics/prose anthology, kept telling us that Baltimore is a good show, that we could sell our books there, that it would be worth our while.  We always held off because Baltimore takes place within a week of SPX, and there’s no way Dan and I could take the time off to do both shows.  So we had to choose, and the Small Press Expo always won.  Until this year. 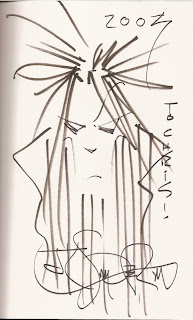 In 2003, before we started creating our own stories and exhibiting, Dan and I and a few others went to the Baltimore Comic-Con.  That was the year the hurricane had devastated Maryland, and the hotel where we reserved a room was without electricity (but that’s another story).  Despite this, the show went on, and even though we only spent one day there, I had a great time.  That day, ten years ago, I met Scott Kolins, José Villarrubia, Matt Wagner, and John K. Snyder III, and I had a great conversation with Chris Staros, among many other experiences.  It was a great show and a great time, and I’m looking forward to heading back in a few weeks. 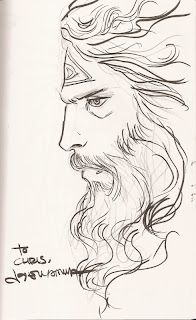 This year I’m excited by the prospects of meeting the likes of Jim Starlin and Dave Gibbons and Greg Larocque and Jose Luis Garcia-Lopez, as well as finally meeting my collaborator on the first story I placed with a publisher – Jason Copland whose work on Kill All Monsters! with Michael May is fabulous and whose art graced my UFO story, “Life is Funny,” for Ape Entertainment.  And the guest list keeps getting bigger, with the likes of Michael Golden, Mark Waid, Art & Franco, Paris Cullins, Joe Hill, and the like.  Yeah, I may be a “professional,” but I’m looking forward to getting a chance to talk with some of the writers and artists who’ve created some of my most fondly remembered, and most-read, comics.  That will be a blast. 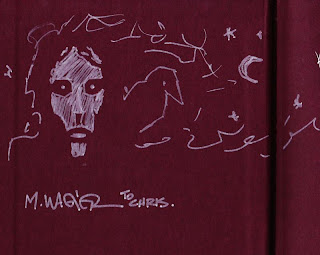 But I’ll also have my “pro” hat on.  I’m anxious to see who’s in artist’s alley and talk shop with them, and maybe make contacts that will pan out in a collaboration down the line.  Valiant and Boom! (and, apparently, IDW, though they haven’t been added to the official list yet) will be exhibiting, and I’ll have copies of my work on hand to share with them.  So, I won’t fully shuck off the “professional” moniker.

Which means I need to start preparing.  I’ll talk about that in part 2 of this series. 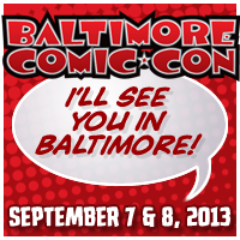 Check out more from Chris at Warrior 27
Posted by In The Mouth Of Dorkness at 6:06 PM