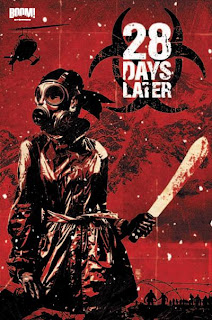 The fourth volume finds our heroes finally making some progress through Scotland.  There is certainly a cinematic feel to this series, with cool action scenes and sudden turns.  This volume is a bit more linier, not hopping back in time or dealing with characters past.  But I think that’s one thing that helps the story, as well as the characters, to make some progress. 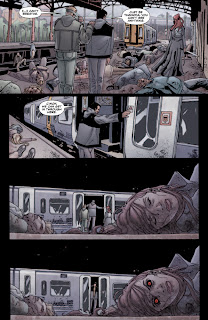 Heavy on action, the art feels a bit more polished; still gritty, but more polished.  Like the best zombie stories (yes, I know the ‘monsters’ in 28 Days aren’t really zombies…but they totally are), this comic is about people and what they do when life gets desperate. 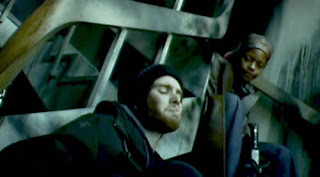 Volume Five gives our heroes a few moments of rest and peace, but you know that can’t last.  It also brings to a head the mysterious military figure haunting their footsteps.  Sadly, that reveal turns out to be a pretty big let-down.  Kind of reminded me of when Kate’s past was finally revealed on Lost and I kept thinking ‘seriously….that can’t be all.’  Much of this volume is consumed with that revelation and its resolution. 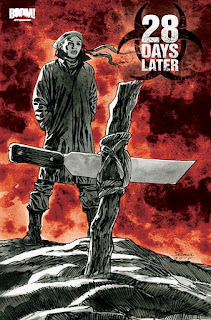 The sixth and final volume ties the series soundly with the sadly disappointing 28 Weeks Later.  Some of the same events from that movie are shown from different angles, for example.  It’s a pretty good resolution to the comic series, and generally more in tune with the first film than with the kind of crappy second. 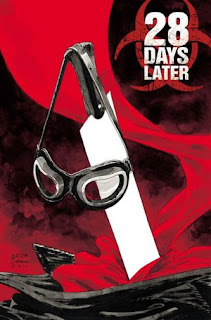 Over all, this is a pretty good series, and a shockingly good movie tie-in.  The writing is solid, though there are a few questionable plotlines.  But it captures the paranoia and oppressive feel of 28 Days Later.  If you enjoyed the first film, check out these books.  It’s nice that it’s a contained story, too.  Six volumes and done.  They could probably collect it into a single hardcover sometime and it would make a nice addition to a collector’s shelf. 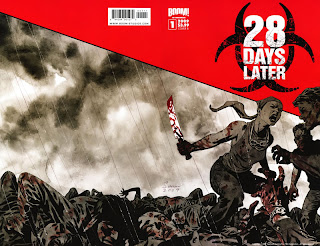