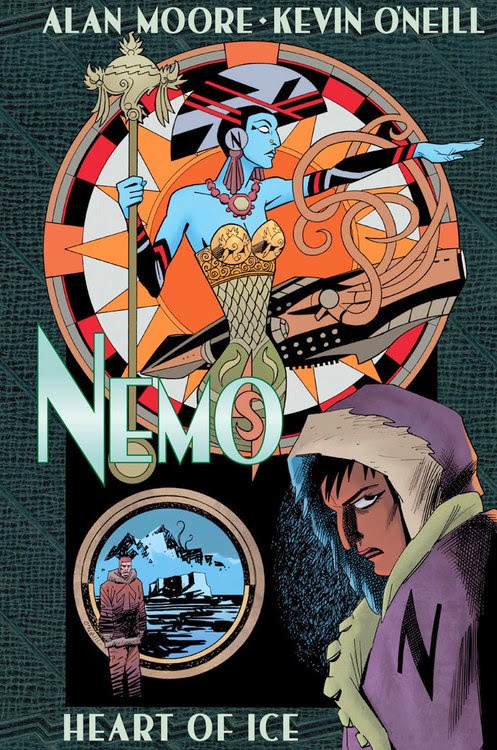 League of Extraordinary Gentlemen is right up there at the top of my list of favorite graphic novels.  It taps into all those things I love so much, the wide array of Victorian and pulp adventure fiction, from H.G. Welles, to Jules Verne, to Edgar Rice Burroughs, and beyond.  And of course, one of the coolest characters was Captain Nemo, master of the Nautilus, dashing, suave, and deadly.  With Nemo, we follow his daughter, haunted by his shadow and his deeds, as she tries to find her own path in life. 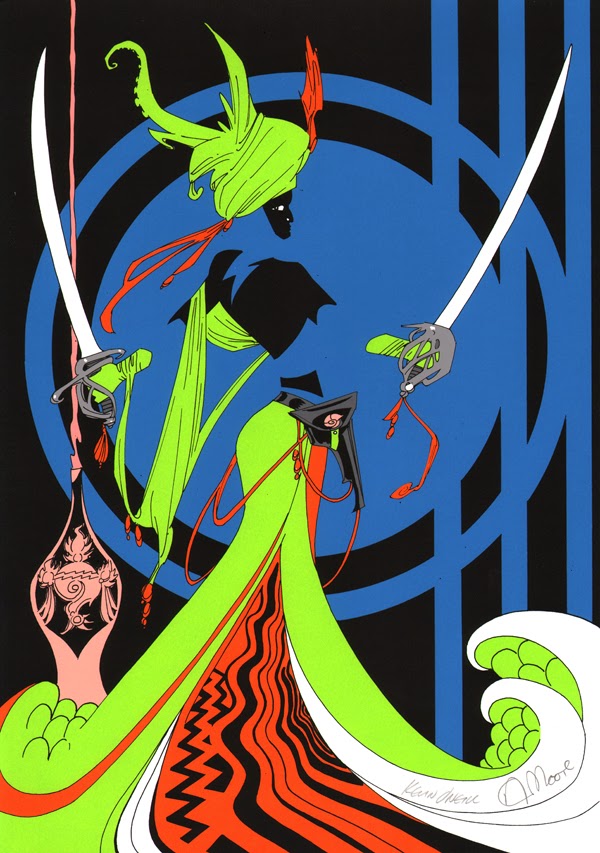 In 1925, Princess Janni Dakkar, the new Nemo, lives as a brigand.  When she runs afoul of Aisha and Charles Foster Kane, a chase across the world begins.  She blazes a trail across Antarctica and all the strange wonders it hides, from Present Land to the Mountains of Madness. 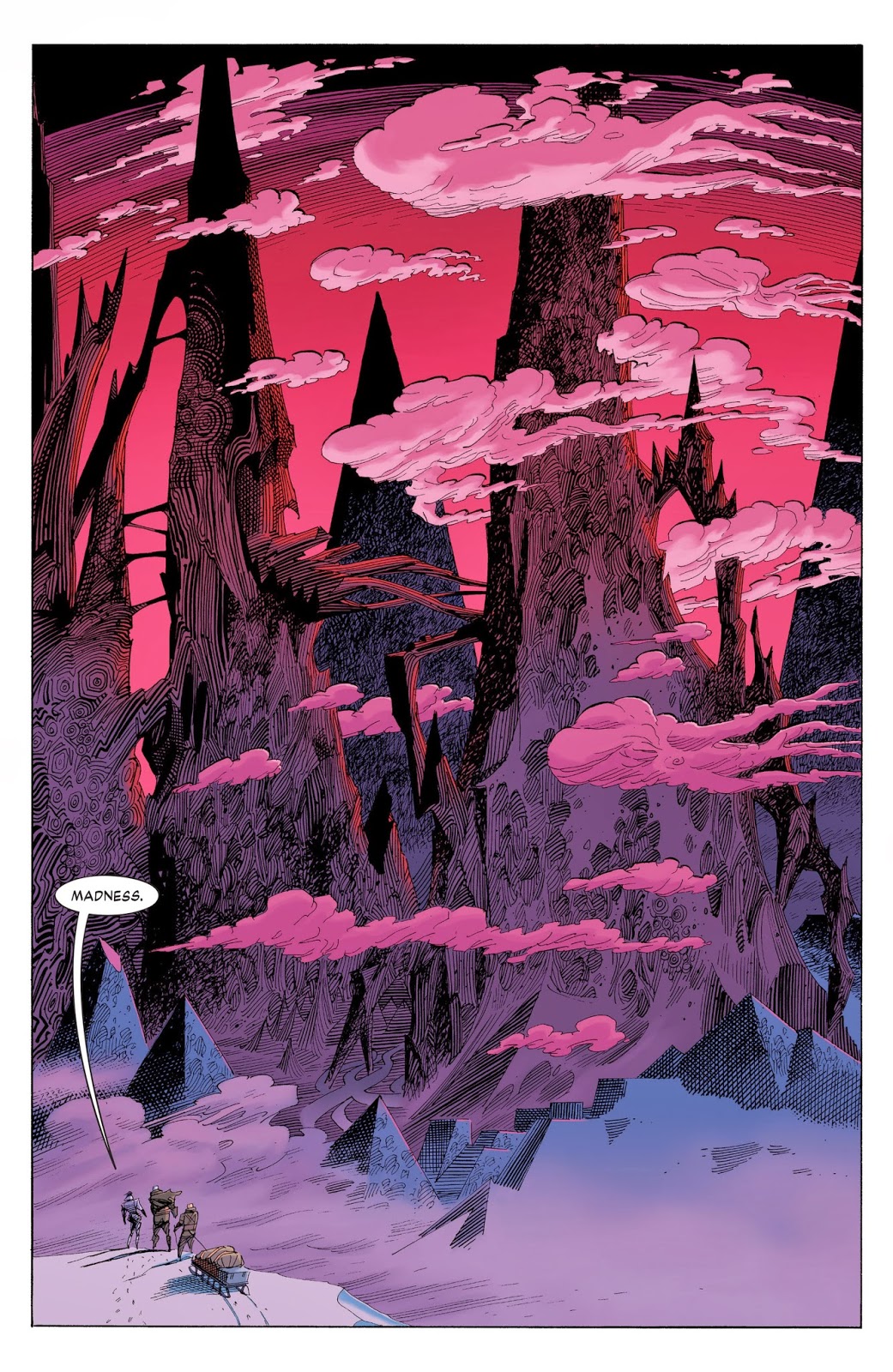 If you’ve read previous League universe books, you’ll know the drill.  It’s sad, dark, full of ugly twists on classic characters.  But it’s also thrilling and strange, and challenges the reader to figure out the reference.  I know there were several I didn’t get.  One of these days, I’m going to have to go back through the whole series with some annotations or something.  I know there’s stuff I’m missing, meaning I’m not catching. 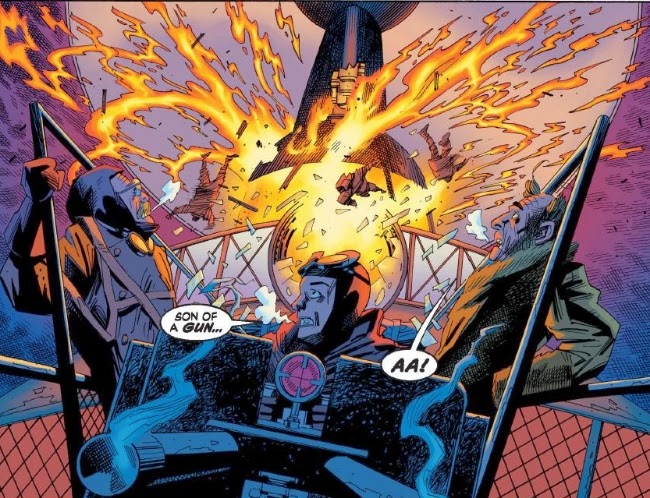 I’ve never been a huge fan of Kevin O’Neill’s art, but it gets the job done, and helps to set the whole uncomfortable vibe of Moore’s bent literature rollercoaster.  Moore is one of those writers I go back and forth on.  He’s written some of my favorite books, but he’s also written stuff I can’t even force my way through.  He seems like a colossal jackass, and possibly more in love with himself than his rabid fans are.  But he’s also good at capturing the magic of the classic fiction I love so much.  Heart of ice is surprisingly upbeat; still kind of a downer, but for this series, it’s relatively positive.  I could see this being a really nice companion series to the later stuff involving the League. 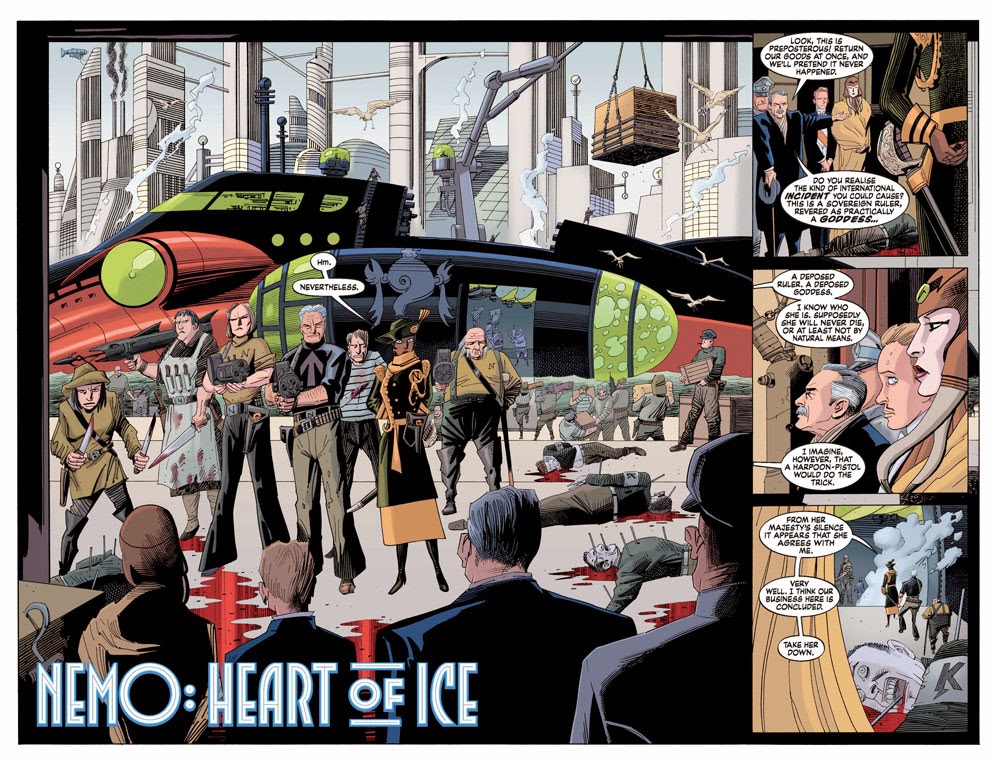 Posted by In The Mouth Of Dorkness at 8:10 PM